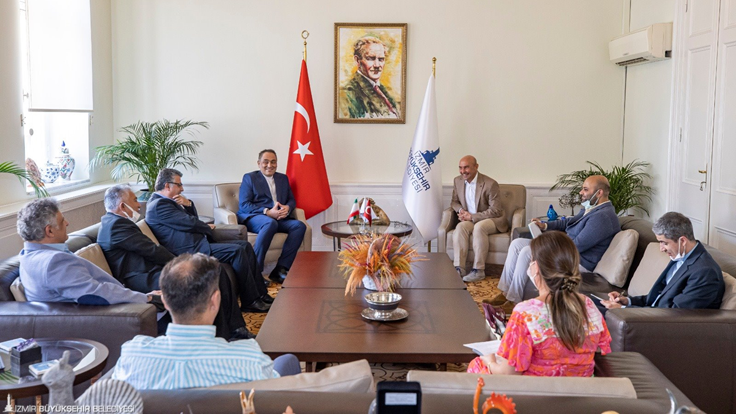 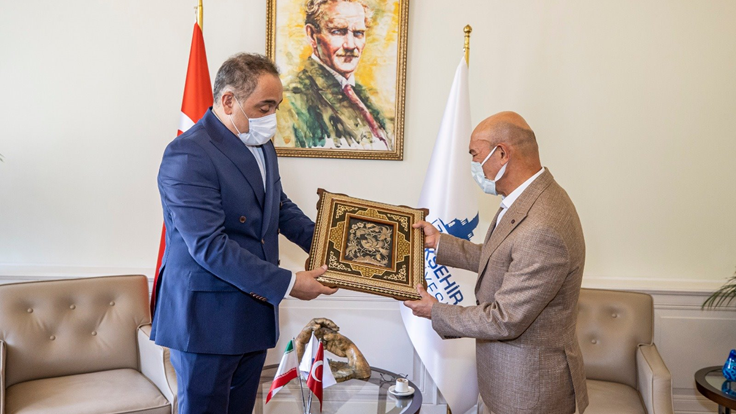 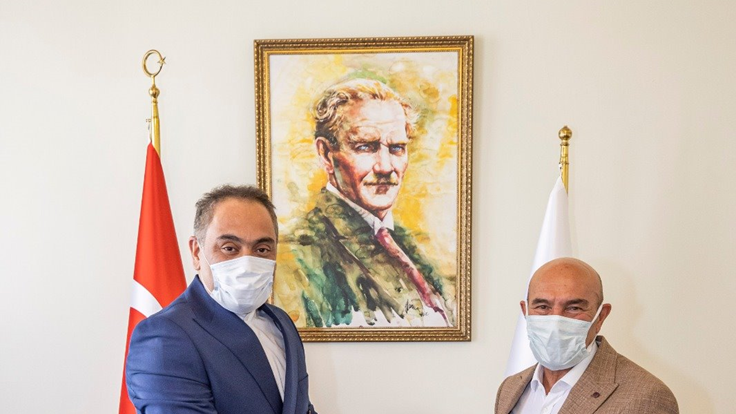 Tunç Soyer, Mayor of Izmir Metropolitan Municipality, hosted Javad Maboudi Far, Consul General of Iran in Istanbul, and his delegation. Steps toward the development of cultural and commercial ties between Iran and Izmir were discussed during the meeting.

Javad Maboudi Far, who said, “I am very happy to be with you”, stated that they wanted to make the visit earlier, but they could not do it due to the pandemic. Far said, “We love Izmir. I always come to Izmir with my family for this reason. We do not feel like strangers here at all. Many Iranian citizens live in Izmir, and these people are generally well-known and have a profession.”

Tunç Soyer, Mayor of Izmir Metropolitan Municipality, said that they were very pleased with the visit. Mayor Tunç Soyer, stating that they welcomed the idea of opening an exhibition for Iran in Izmir, said “As you wish, Iran day or night. Let them know the people of Izmir. We would like to introduce them to our culture and food. Long journeys start with small steps. Let’s take the first step, and then we will definitely see that there is a lot we can do together.”
Tunç Soyer, Mayor of Izmir Metropolitan Municipality, who stated that he went to Iran twice and felt at home every time, said, “Friendships are established between peoples rather than between states and these friendships proceed with the peoples. I hope that this visit will be a start and we will establish much stronger relations between our peoples through this. I hope we will have a sister city there.”

Consul General Far said, “We will strive to make Izmir a sister city with a city in Iran. I will tell the mayors of Iran to visit the city in order to increase the cultural activities between Iran and Izmir.” He responded.
All News
Previous News
Next News