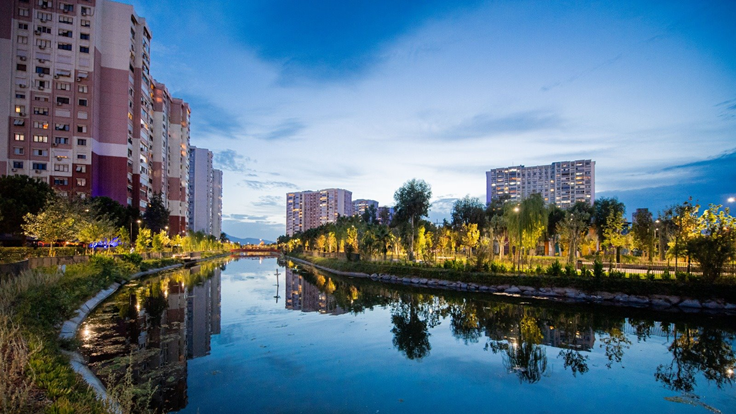 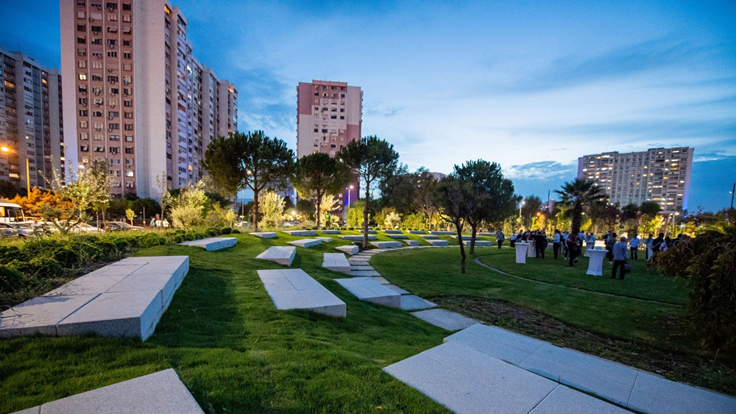 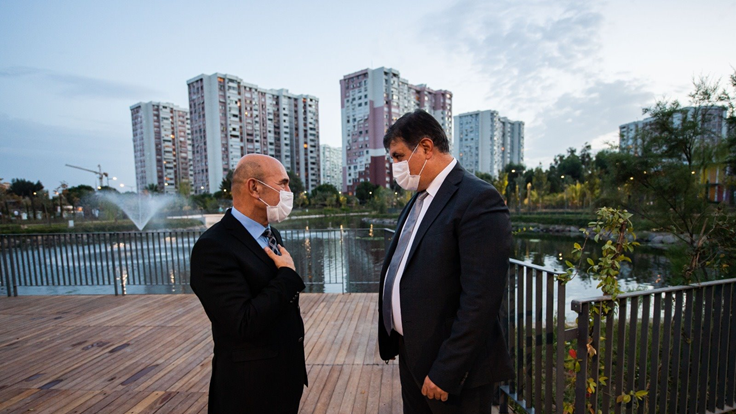 Within the scope of combating the global climate crisis, an uninterrupted ecological corridor was created on the coastal section of Peynircioğlu Stream in Mavişehir, Halk Park and the following route.

Regarding the fight of Izmir Metropolitan Municipality against the global climate crisis; another implementation of the "Urban Green Up-Nature Based Solutions" project, which was prepared within the scope of the "HORIZON 2020" program of the European Union and received a grant of 2.3 million Euros, has been completed.

In Mavişehir, an "uninterrupted ecological corridor" was created on the coastal part of Peynircioğlu Stream, Halk Park and the following route. Flood control was achieved in the stream and a new green area was created around the stream with environmentally friendly practices without using an impermeable surface. With a budget of 12 million TL, the sides of Peynircioğlu Stream have become an area where Izmirians can meet with the green and relax, walk and exercise in the fresh air.

İzmir Metropolitan Municipality Mayor Tunç Soyer examined the works carried out on and around the stream together with Karşıyaka Mayor Cemil Tugay.

What has been done?
A green area of 26,500 square meters was created around the stream, 15,000 square meters of which consists of carbon-holding plants. Within the scope of the project, 1,150 trees, 250,000 briers and ground covers were planted in the area that are suitable for the Mediterranean climate. An earth-bearing system was created by removing some of the concrete surfaces on both sides of the 800-meter-long stream. 16 thousand goose foot plants were planted in these sections. The seeds were planted in the soil to make the river banks greener. 5 wooden sun terraces, 6 wooden lounging units and seating units were created by the stream surrounded by a green fence made of various plants. Ten pollinator (insect) houses have also been placed in the area to allow bees and insects that go a long way to collect pollen to rest.

In order to reduce the risk of flooding in the stream, permeable 2-kilometer bicycle and walking paths were built to allow rainwater to enter the underground. In addition, a 500-meter racetrack was created from the natural material of tile semolina. Fountains were placed in the stream to enable the water to get oxygen, prevent it from pollution and to provide a beautiful view. A 90 square meter fruit wall was also created behind the 8 lounging units. Blackberries and grape berries were used on the fruit wall. 35 percent of the cost of the project was covered by the European Union grant.

The EU's highest budget grant program
Within the scope of HORIZON 2020, which is the highest budget grant program of the European Union, the "Nature Based Solutions" project of Izmir Metropolitan Municipality was selected among 39 international projects in 2017 and received a grant of 2.3 million Euros. Thus, İzmir became a pioneering and implementing city along with Liverpool in England and Valladolid in Spain. The project includes the region from Karşıyaka city center to Çamaltı Saltpan. The model that will be put forward in order to reduce carbon emissions in this region, increase biodiversity, reduce the air temperature caused by dense urbanization, increase the amount of green space, reduce the risk of floods and increase the life quality of the people will be a guide for İzmir.
All News
Previous News
Next News