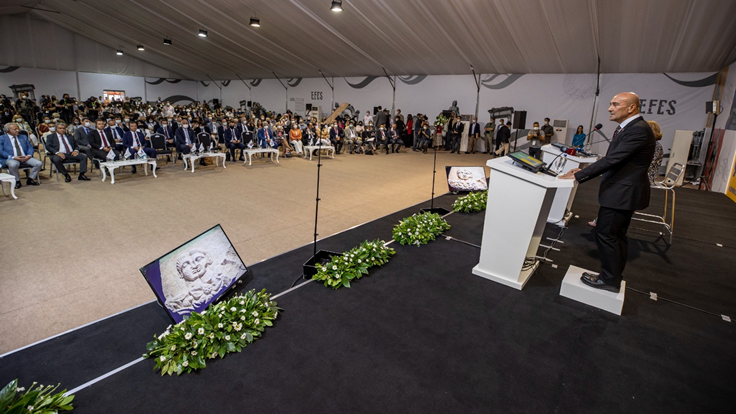 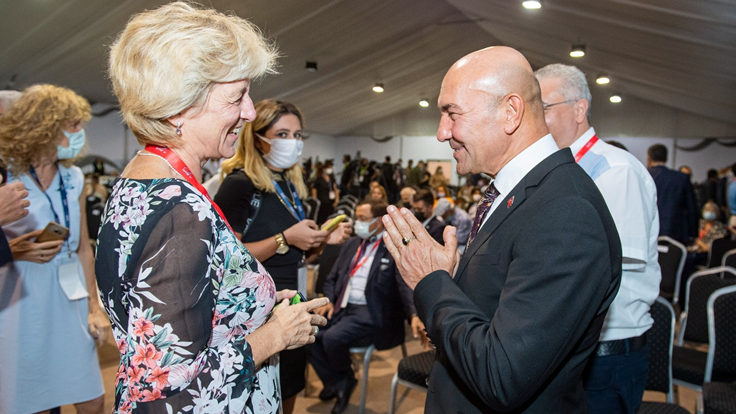 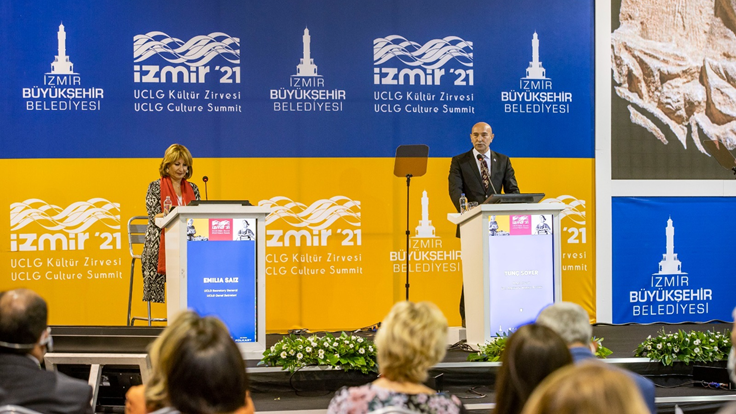 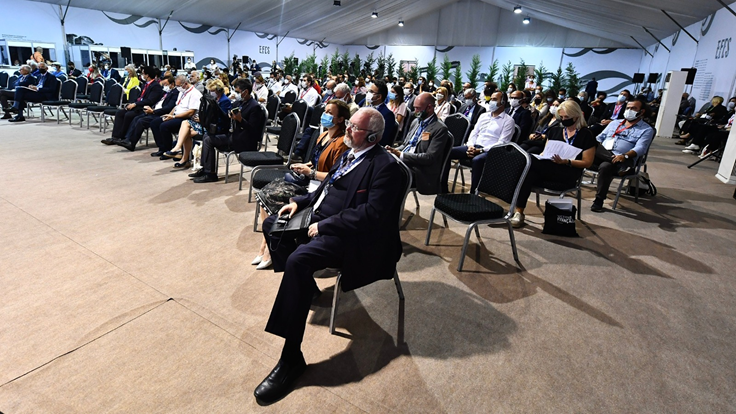 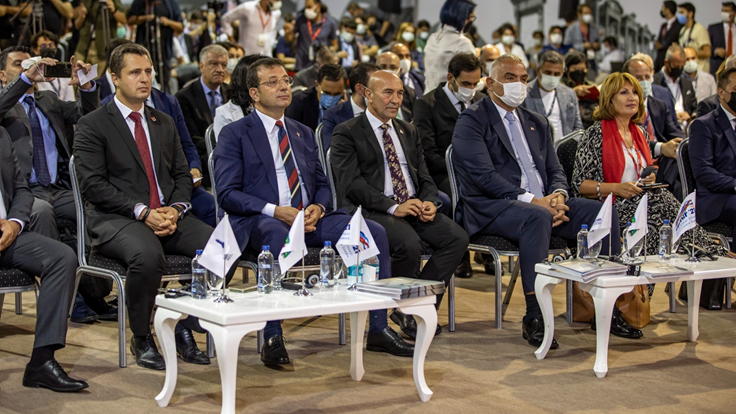 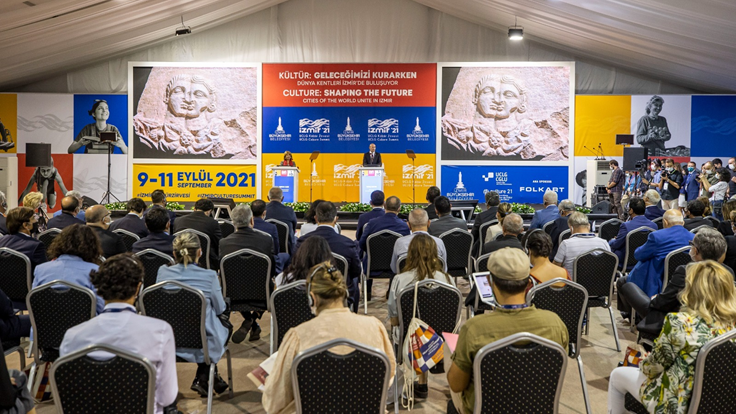 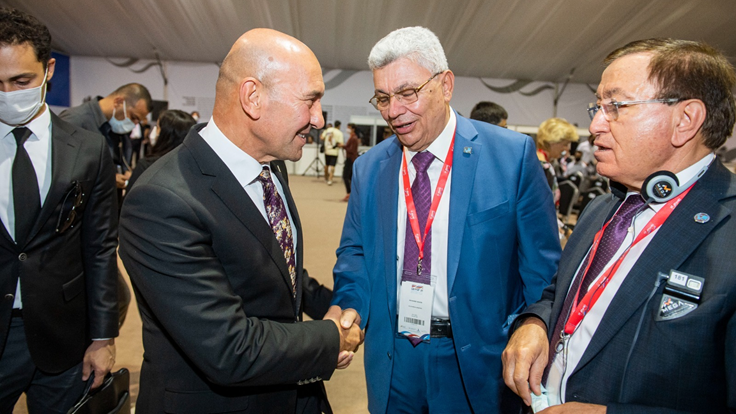 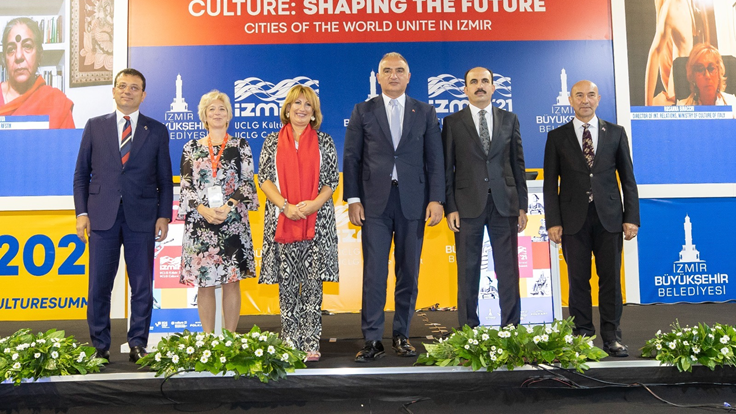 The Fourth United Cities and Local Governments (UCLG) Culture Summit, hosted by Izmir, started with the participation of cultural producers from 65 countries in Kültürpark.

Tunç Soyer, Mayor of Izmir Metropolitan Municipality, emphasised that the World Cultural Summit had a special meaning in Turkey and especially in Izmir and said, “There is a saying in Turkish that I love: Everything recovers to the original. I wholeheartedly believe that this meeting will sow culture seeds from the shores of the Mediterranean, from Izmir to the whole world once again.”

The United Cities and Local Governments (UCLG) Culture Summit, hosted by Izmir, started for the fourth time as a result of the vision, “Another Culture is Possible” and studies of Tunç Soyer, Mayor of Izmir Metropolitan Municipality. Mayor Tunç Soyer, speaking at the opening of the three-day summit with a total of 864 speakers and participants, 346 of whom were online, said, “Welcome to the 4th UCLG Culture Summit, which takes place every two years and which is held for the first time as a hybrid, and to Izmir. I am very happy that we have reached the privilege of hosting you in our city during this difficult time in terms of health. Politicians from all over the world, business decision-makers, intellectuals, and leading experts will exchange views on the ‘Culture: Building Our Future’ theme we chose for the summit this year in the upcoming days.”

“We cannot build a new future without describing another culture”
Mayor Soyer, speaking at the opening session titled “Culture, Care, Environment, and Health After COVID-19” moderated by Emilia Saiz, UCLG Secretary General, said, “I am aware that this historic summit in Izmir took place at the right time and with the right subject for humanity. Different cities of the world will have the chance to discuss the concept of urban resilience born of common mind throughout the summit. I am very proud that our city hosts such a valuable meeting.”
Soyer, emphasising that the World Cultural Summit has a special meaning in Turkey and especially in Izmir, stated: “There is a saying in Turkish that I love very much: Everything recovers to the original. I wholeheartedly believe that this meeting will sow culture seeds from the shores of the Mediterranean, from Izmir to the whole world once again.”

“Culture is building our future”
“I feel privileged to be here,” said Emilia Saiz, UCLG Secretary-General, who started the session. It is the first time we have been together in a long time. Culture is extremely important for us, especially nowadays. Culture is building our future. We integrate culture into all our policies. Cultural difference may seem to divide us, but what we want is for culture to bring us together. We want culture to be a bridge between the past and the future. ”

İmamoğlu said: “We should benefit from the unifying power of culture”
Ekrem İmamoğlu, Mayor of Istanbul Metropolitan Municipality, said that he was proud to be at the Culture Summit in Izmir and added “I am here on a very beautiful day like September 9. We are on the anniversary of a day when flowers began to bloom again in the mountains of Izmir. September 9 is the anniversary of the existence of this beautiful Republic, freedom and democracy in these lands.” İmamoğlu, pointing out that half of the population lives in cities, mentioned the importance of solution proposals that will start locally, especially in the climate crisis. “It is time to plan our cities with a vision suitable for the requirements of the age. We should now focus on creative industries and benefit from the unifying and healing power of culture. We have to build our future vision on this potential, recognising the importance of culture in the development of local democracy and economic development.”

“We should not leave anyone behind”
Stating that she was affected by the scenery she saw during the September 9 celebrations, Louisa Vinton, United Nations Development Programme Representative, said, “We are working with sustainable development goals. What we need to think about in culture is that culture must exist in everything and everywhere. We should not leave anyone behind.”
Rosanna Binacchi, G20 Representative, Director of External Relations of the Italian Ministry of Culture, said, “I congratulate Izmir for organising this important summit. The impact of culture cannot be ignored for the development of cities.”
Uğur İbrahim Altay, Mayor of Konya Metropolitan Municipality and Co-Chair of UCLG, said, “We talked about the need to utilise culture as an antidote in all the meetings we have come together to date. We cannot be deprived of culture to live or to thrive. We should keep culture and protecting culture at the top of the agenda.”

Stating that she visited Izmir 21 years ago, Vandana Shiva, Director of Research Foundation for Science, Technology, and Natural Resource Policy (RFSTN), said, “You gave its soul to culture with this summit. This beautiful planet has to be liveable for us. We have broken this whole system in 200 years. We need to see that the whole planet is not for us, for man. No matter how much we hurt the world, we hurt ourselves. The pandemic is the result of this.”

Ada said: “Culture and nature were seen as opposite things”
Assoc. Dr. Serhan Ada, Bilgi University Head of Art and Culture Management Department and Head of Culture Policies and Management Research Centre, said, “Culture and nature have always been seen as opposite things. People used everything outside of nature to describe culture. We have conducted research to make culture one of the components of sustainable development and to create good resources to ensure that it is among the 2030 sustainable development goals. We all worked hard, especially UCLG.”