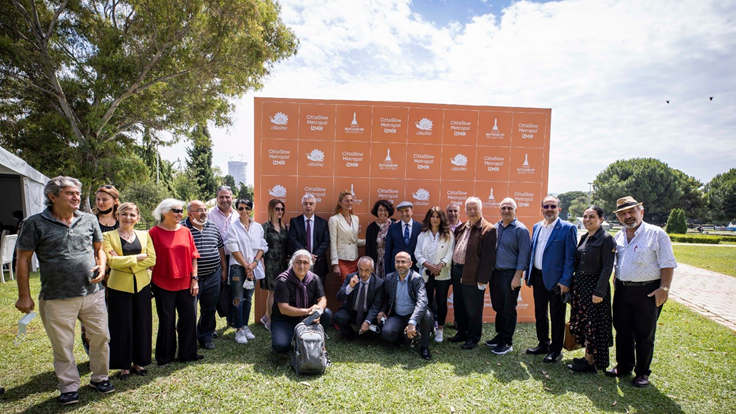 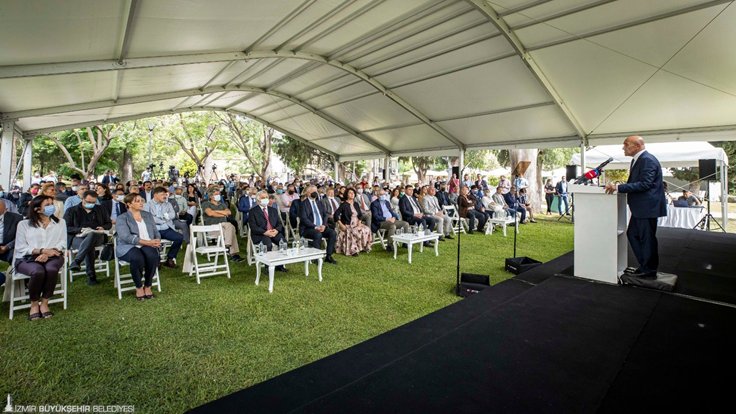 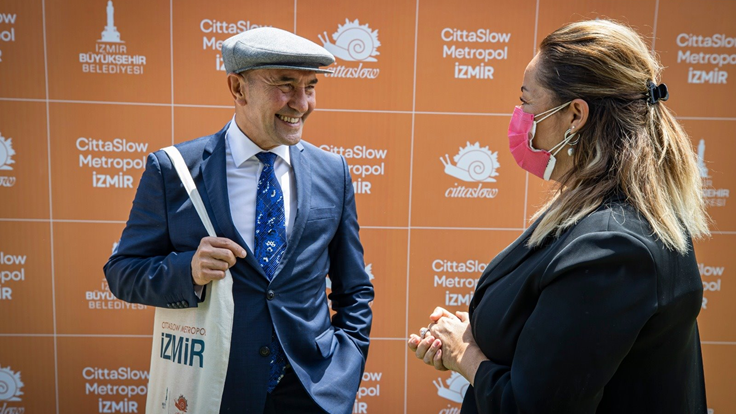 Reminding that İzmir was declared the world's first Cittaslow Metropolitan City at the General Assembly of the International Cittaslow Union held in Italy on June 12, Soyer said, “Seferihisar from Turkey was first accepted to this movement, which spread to Italy, China, Canada, Australia, Iceland, and many other countries, in 2009. Seferihisar successfully explained its identity to Turkey and the world after becoming Cittaslow. When it was a town few people knew about, it became one of the most important attractions in Turkey. Its economy has grown. Employment has increased. The inhabitants of the villages began to make their living where they were born. Its culture, seeds, and nature were preserved. The historic streets have been revived. It attracted innovative ideas in Turkey and many other parts of the world. Briefly, it became the symbol of local development in Turkey.”

Good life, locality, and authenticity
Soyer said that they have made 17 other cities in Turkey a member of this network after Seferihisar and he added, “I have been the Vice President of the International Cittaslow Union since 2013. The snail, Cittaslow's logo, symbolizes the importance of harmony with ourselves and nature. Snails connect well with the world thanks to their antennae. As they proceed with dignity, they leave a trail. They maintain their values thanks to their hard shell. Snails have a history that goes back far beyond the existence of man on this planet. They owe it to nature to move at a pace consistent with its rhythm. The Snail logo, which is a symbol of taking firm steps by taking care of Cittaslow's values, is regarded as a sign of good life, locality, and originality all over the world, especially in Europe.”

Soyer stated that Cittaslow is actually a title that cities with a population of less than 50,000 can have, and he added “How can we transfer the 20-year Cittaslow experience accepted all over the world to metropolitan cities? How can we make our lives calmer and happier?" These were the questions we started with. We interviewed a large number of stakeholders in İzmir to find answers to these questions. We examined the studies, criteria, and indicators made for this purpose in the world. We are not only the world's first Cittaslow Metropolitan, but also the city that defines Cittaslow Metropolitan norms on a universal scale as a result. Of course, we did this with the common mind and consent of our local and international stakeholders.”

Achievements under 6 main titles
Society
We intensify our activities for volunteering and solidarity by increasing participation and interaction between people in İzmir.

Good governance
Our institutional capacity and the standards of our urban governance need to increase in order to achieve the quality of life we aim for in İzmir. We take more systematic measures against inequality and discrimination.

Food for all
We increase food production and consumption on the one hand, and we carry out many innovative practices for İzmir's people to access good and local food on the other with İzmir Agriculture.

Mobility
We encourage bicycle use with safe bicycle paths and implement a comprehensive plan for pedestrians to walk safely.

We will give priority to children, not vehicles, in the streets of exemplary neighbourhoods by creating health- and safety-oriented neighbourhoods.

We ensure that traditional and local products, which are an element of identities of Urban Identity Emphasis with Cittaslow Metropolitan City and İzmir, are offered in neighbourhoods and we establish workshops for traditional handicrafts and support small tradesmen.