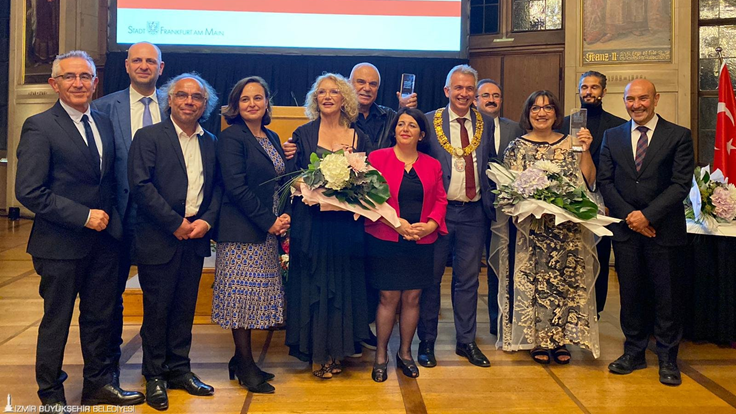 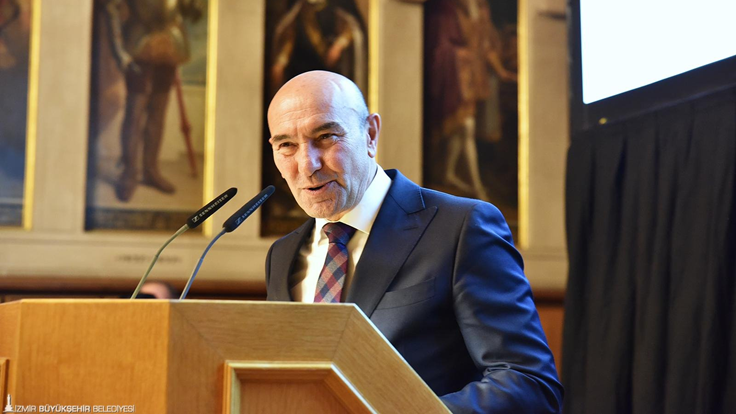 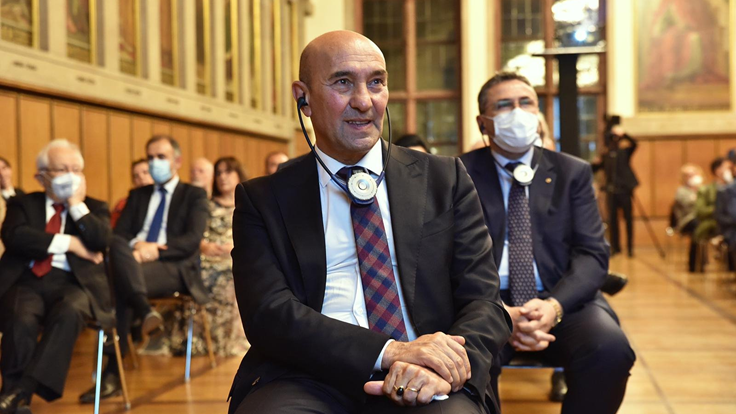 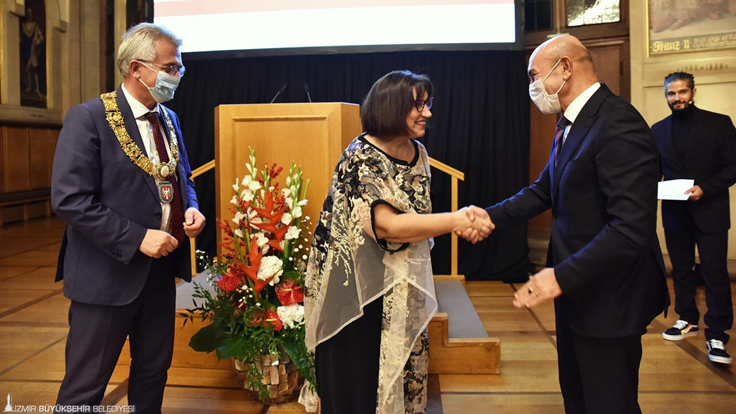 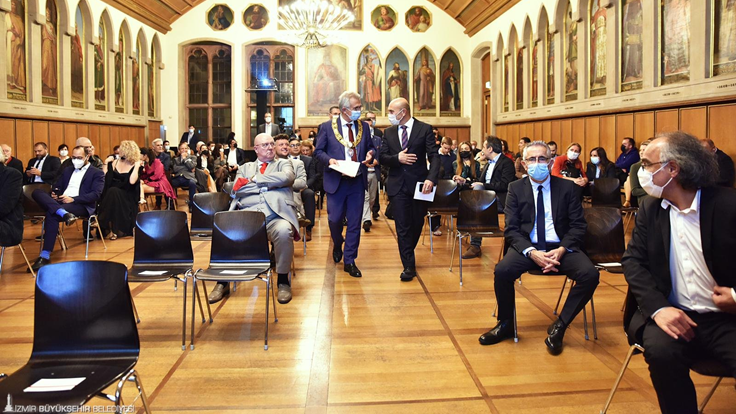 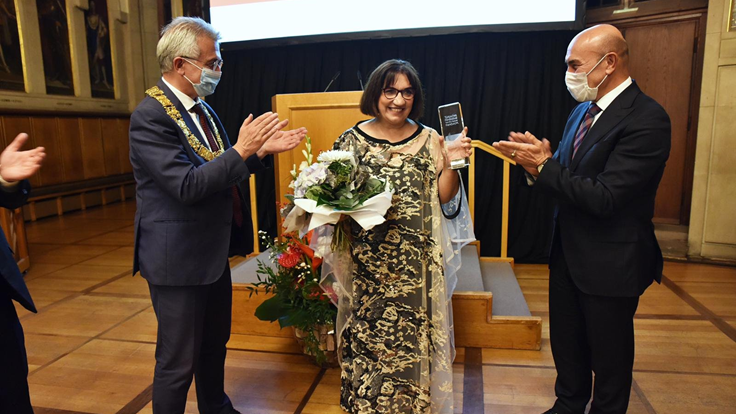 Tunç Soyer, Mayor of Izmir Metropolitan Municipality, held bilateral meetings by going to Frankfurt after Strasbourg, where he had attended the 41st General Assembly of the Council of Europe Local and Regional Administrations Congress.

Making contacts to increase inter-city cooperation in Frankfurt, which is an important financial, fair, automotive and IT region throughout Europe, Mayor Tunç Soyer, also attended the premiere of the 21st International Turkish Film Festival with Peter Feldmann, Mayor of Frankfurt Municipality.

Speaking at the premiere, Mayor Soyer stated “Universality of the cinema is due to the cinema’s being an indispensable part of the universal culture of humanity. We need to protect and develop this universality wherever it is in the world.  With this in mind, one of the first actions I took as soon as I acceded to office was to establish the Izmir Office of Cinema. Our main effort is to work with great devotion to turn Izmir into a giant film set with Turkey’s leading artists, directors and cinema workers and to carry the unique values of Izmir, this important city of the Mediterranean geography, to the world of the 21st century, thanks to the art of cinema.”

“I see you as our honorary fellow citizens”
Mayor Soyer said “We can expand our joint works much more, starting with the cinema, together with our citizens living in Frankfurt. I would very much like the historical relationship between Turkey and Germany to be further enriched and deepened to include the people of the two countries. With this intention, we opened Izmir Promotion Offices in Frankfurt, Berlin, Bielefeld, Hamm and our sister city Bremen together with the World City Izmir Association last June. I strongly believe that the relationships among us will stay strong and permanent thanks to these offices. I see you as our ‘honorary fellow citizens’ and I am very excited about our future collaborations.”