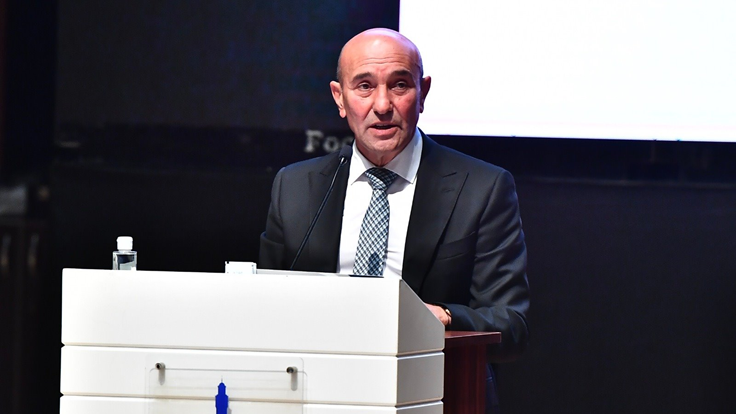 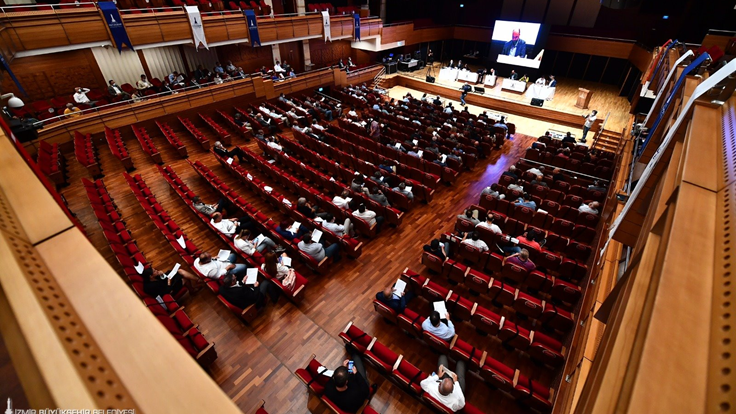 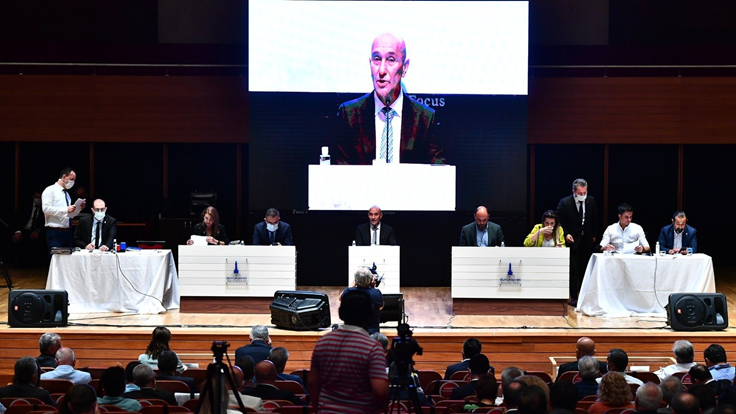 Tunç Soyer, Mayor of Izmir Metropolitan Municipality, explained in detail the $340 million reconciliation process reached with the World Bank for the moderately-damaged 5,800 buildings that occurred after the earthquake that shook Izmir on October 30, 2020.

The first session of the ordinary council meeting of Izmir Metropolitan Municipality in September was held at Ahmed Adnan Saygun Art Centre (AASSM) under the administration of Tunç Soyer, Mayor of Izmir Metropolitan Municipality.  Mayor Soyer said, “We have created resources for 5,800 moderately-damaged buildings with a 5-year grace period of 25 years, that is, 30 years, with very low interest, with an interest rate of around 1. This is a gain for the economy of Izmir, Turkey. It means employment, it is also commercial vitality. We will continue to follow this issue.”

“Our only shortcoming is that the Republic of Turkey is a guarantor and gives approval”
Mayor Soyer said that a financing agreement of $340 million was reached with the World Bank for the 5,800 moderately-damaged buildings that emerged after the earthquake that occurred in Izmir on October 30, 2020. Soyer said, “Our negotiations with the World Bank took place in Washington in January before the pandemic.

Stating that he called the World Bank officials after the October 30 earthquake because there were many severely-damaged buildings and asked them to create a resource related to urban transformation, Soyer continued:

“World Bank officials said, ‘We cannot spare anything from $500 million, but we have an emergency resource. Maybe we can raise some funding from here. What is your need?’ ‘We need $250 million,’ we said. There were about 5,800 moderately-damaged structures according to AFAD data. What I learned in the whole earthquake crisis is that our disaster legislation provides a good financing solution for severely-damaged buildings. A 2-year non-refundable loan with a maturity of 18 years, half of which is taken over by the state, half of which is a model that makes a citizen have an apartment at a lower price than the rent. But there is no such financial solution for moderately-damaged buildings. They say, “You have to strengthen the buildings in a year.” There is also a very low price to pay for strengthening. There is a serious problem arising from our legislation on moderately-damaged structures. Unfortunately, there is no financial solution. However, there is no difference between the moderately-damaged building and the severely-damaged building for the citizen. They are both uninhabitable. We said, ‘We would be taking a serious step towards the financial needs of 5,800 houses at the cost of approximately $250 million.’ And we went with such an offer. World Bank officials launched a very serious study, displaying an extraordinary reflex. The negotiation process, which will last for 1-2 years, was completed in 4 months not only with the Izmir Metropolitan Municipality, but also with the experts of our Ministry of Treasury and İlbank. A loan settlement of $340 million was reached. I know what I speak. Auguste Kouame is the World Bank Director for Turkey. The question is, is there such a loan? Ask 14 specialists at İlbank. Ask the Treasury Department experts. A loan settlement of $340 million was reached with the World Bank as a result.”

Credit file has been created
Referring to the meeting he had with President Recep Tayyip Erdoğan in Izmir because it had been 2-2.5 months since the reconciliation process for the credit at the World Bank ended, President Soyer said:
“Our esteemed President came to Izmir in those days, I asked for an appointment to present the situation to him, we met at the Governorship. I told him about the lack of legislation on moderately-damaged structures. I mentioned that we can make a financial solution to these. I explained that the World Bank's negotiations, which would last for months and years, were concluded very quickly and that Izmir could benefit from this money. He said, ‘I will talk to my colleagues about it.’ I thought it was a favourable climate, we broke up. It has been months. I thought I should talk to my colleagues from the Justice and Development Party, go to them, ask for their support. We sat, we talked, we told. ‘We will support this work, we will make the request together’ they said. It is pretty good. None of it is a lie. There is nothing signed, though. Who is going to put it before the President for this to be signed?

The Ministry of Treasury and Finance does not put this file in front of the President. That is what I am saying. This money will come to Turkey and Izmir if our President approves. Because there is a consensus established. The credit file has been created. Let me tell you what this means; those negotiations held 2 years ago about 3 cities worth $500 million were still going on a year before me and they still continue. The $500 million is not yet a step forward. A reconciliation has not been reached. But we created a budget of $340 million in four months. We did this together with İlbank and our Ministry of Treasury. It is not just the success of the metropolis. They worked hard, too. Our colleagues negotiated day and night. It is now created after all.”