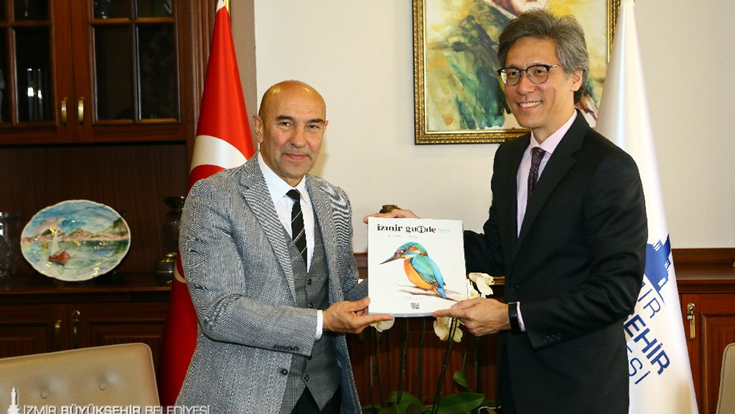 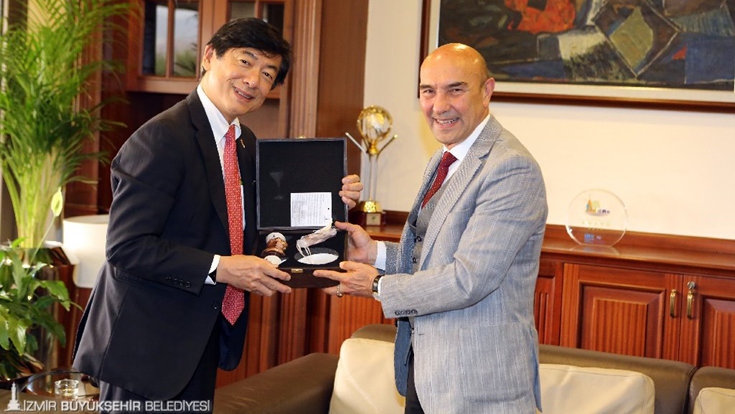 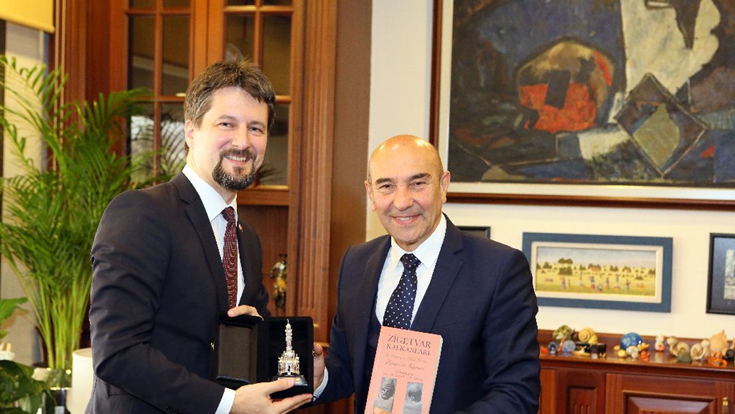 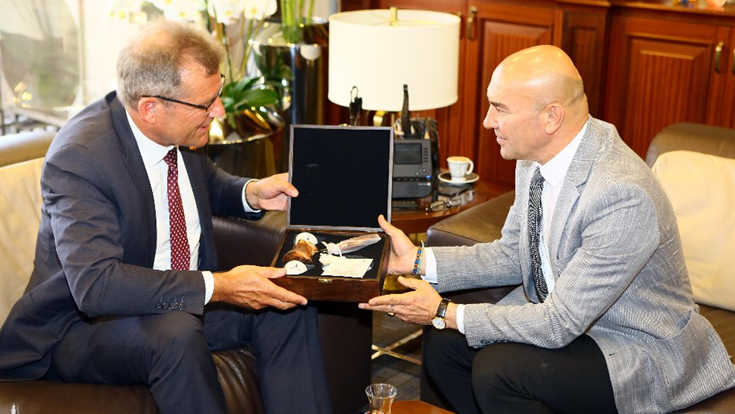 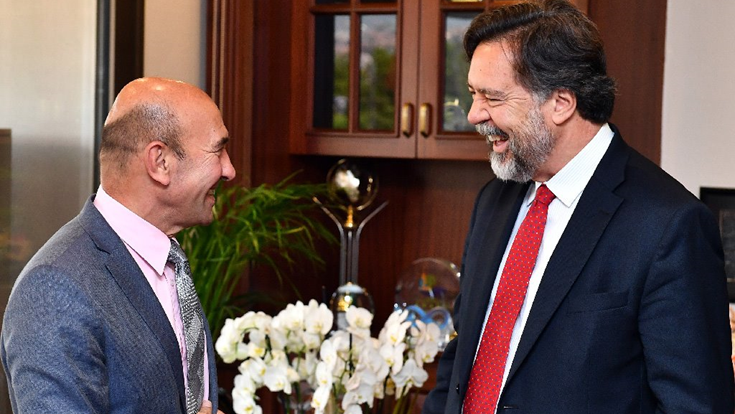 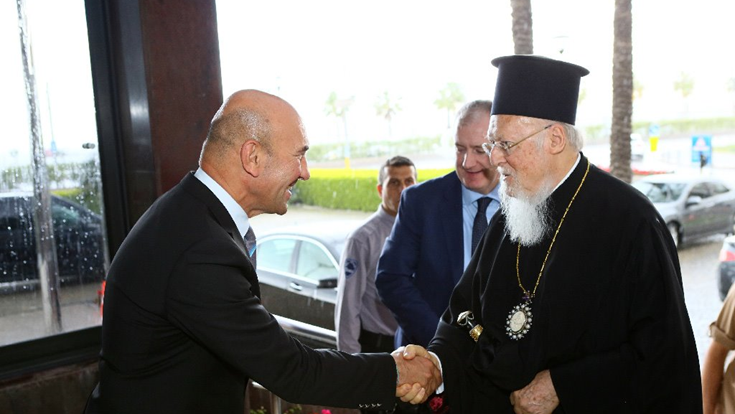 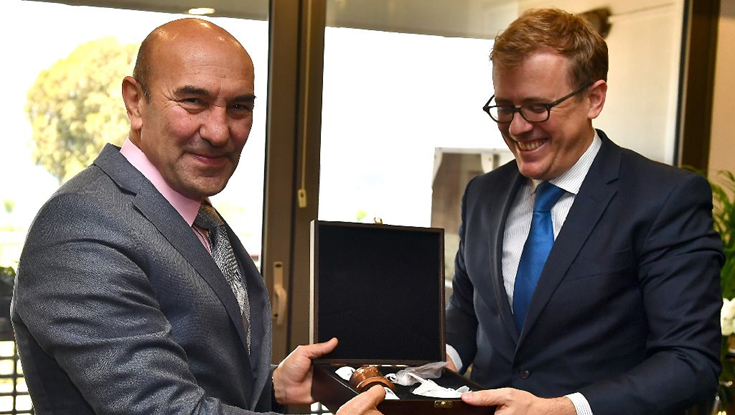 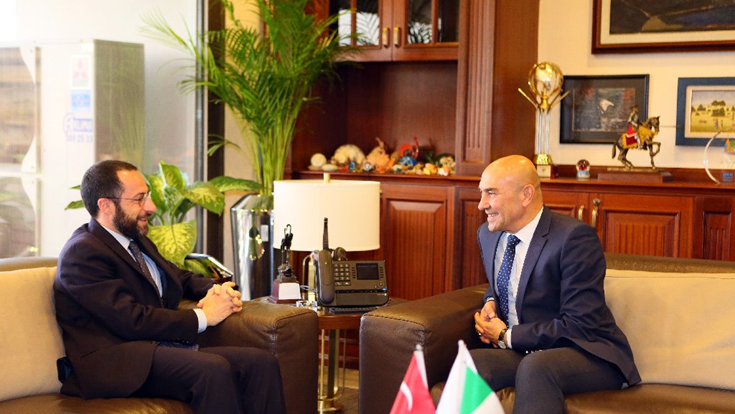 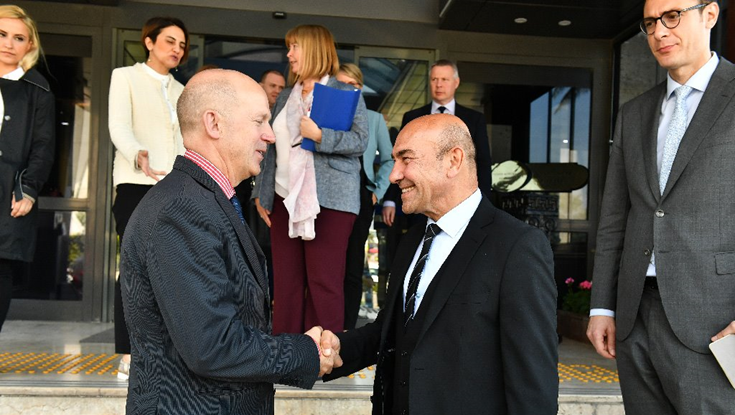 Izmir Metropolitan Mayor Tunç Soyer took over his office about one and half month ago and, so far, he has received diplomats from 15 countries located all around the 5 continents.

The Mayor Tunç Soyer sent letters to the heads of local governments in Barcelona, Beirut, Alexandria, Marseilles, Thessaloniki and Venice for improving economic and cultural relations between the Mediterranean cities and took a step towards the goal of creating the Mediterranean Alliance; he supported the start of ferry routes between Thessaloniki and Izmir and had crucial meetings with foreign delegations to strengthen the commercial, touristic, social and cultural cooperation with Izmir.
The Mayor Soyer met with diplomats from Japan, Hungary, Holland, Italy, Greece, Germany, Singapore, Croatia, England, USA, France, Brasil, People’s Republic of China, Turkish Republic of Northern Cyprus and Venezuela in just one and half month. Furthermore, he convened with the Fener Greek Patriarch Bartholomeos I, Izmir Greek Orthodox Congregation Leader Yorgo Teodoridis and the Ambassador Christian Berger, the Head of EU Delegation to Turkey.

The Metropolitan Mayor Tunç Soyer highlighted that they are going to work for transforming Izmir into a world class city and added: “We have to open new channels for making Izmir a world city. We need effective collaborations for reviving the business life and tourism in the city. We are excited; we are approaching a new era for Izmir”.
All News
Previous News
Next News