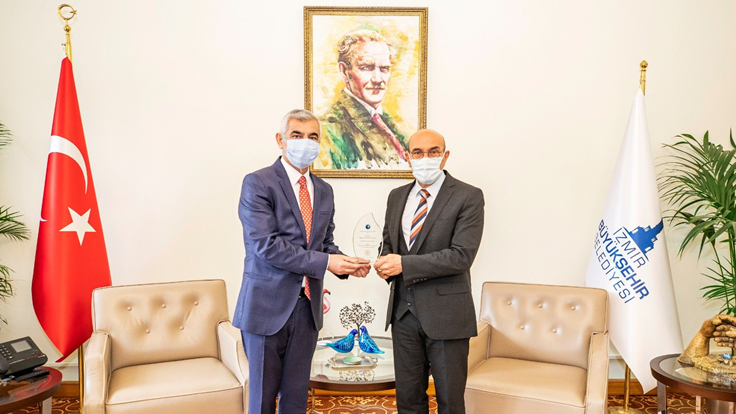 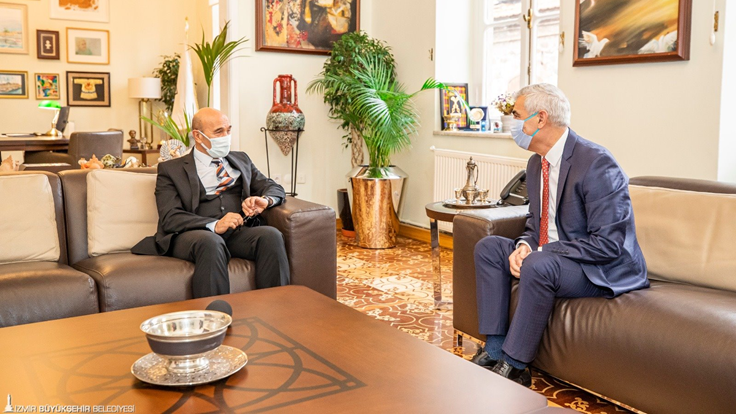 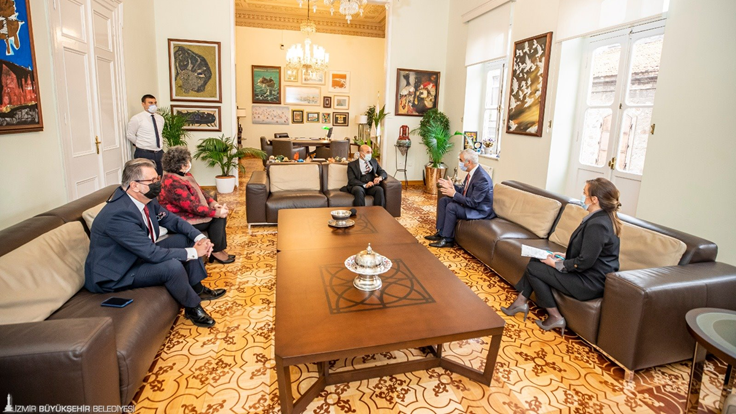 Izmir Metropolitan Municipality was among the top five finalists with the “Peninsula Izmir” destination in 2019 in the European Destinations of Excellence Project (EDEN) with the theme of “Health and Well-being”.

In the competition, which was undertaken by the Ministry of Cultur and Tourism and where 33 cities from Turkey participated, Izmir came forward with the Peninsula Izmir Project which contains a combination of many alternative types of tourism.
Since the award ceremony could not be held due to the pandemic, Provincial Director of Culture and Tourism Murat Karaçanta presented the plaque given to the participating cities by the Ministry of Culture and Tourism to Mayor Tunç Soyer. Karaçanta thanked Soyer for his support for cultural tourism and said, “We carried out a very successful work in coordination with the relevant units of the Metropolitan Municipality in this project.” Karaçanta and Soyer emphasized cooperation within the framework of İzmir’s thermal tourism opportunities.

With the European Destinations of Excellence Project (EDEN) developed by the European Commission, it is aimed to draw attention to the common/different characteristics and values of European tourist destinations and to ensure the social, cultural and environmental sustainability of tourism. Since 2007, “European Destinations of Excellence” competition has been organized with a different theme each year by the European Commission. In this context, destinations that adopt the understanding of sustainable tourism and have high potential to develop are identified and included in the common information and communication network. Promotional films are prepared for the destinations included in the EDEN network, and promotional activities are carried out with press, internet and social media tools.

Izmir Metropolitan Municipality participated in EDEN 2019 with the “Peninsula Izmir” destination. In this context, a delegation from the Ministry of Culture and Tourism came to Izmir in March 2-3, 2020 for observation and examination. Routes in Karaburun, Çeşme, Seferihisar and Urla destinations were introduced during the trip. As a result of the evaluation made among the applications, while Izmir was among the five finalists along with Afyonkarahisar, Ankara, Balıkesir and Kayseri, Balıkesir – Kaz Mountains Destination won the 2019 Eden Award.

Peninsula Izmir Project
Peninsula Izmir, established with the aim of preserving the richness of the peninsula, developing the region with its own resources and leaving a legacy to future generations, it is categorized under three main headings: “Travel Routes Project”, “Local Production Projects” and “Vocational Training Project”. With the project prepared with the aim of the planned improvement and development of the peninsula, it is aimed to preserve the natural, cultural and historical texture of the region, to help the people of the Peninsula, who make their living from agriculture and tourism, make these works more qualified and equipped, and the development of Izmir together with the Peninsula.
All News
Previous News
Next News