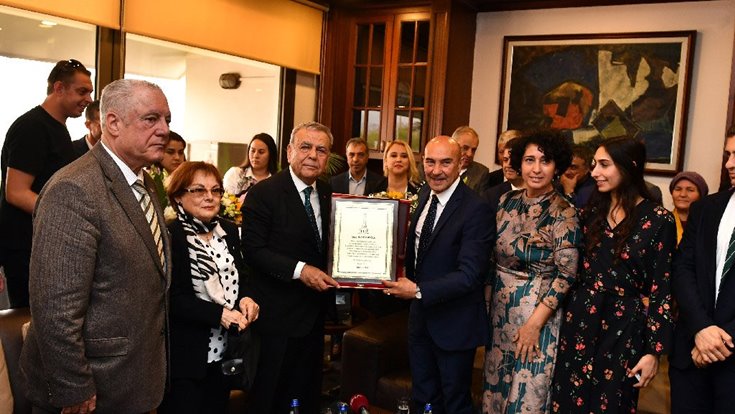 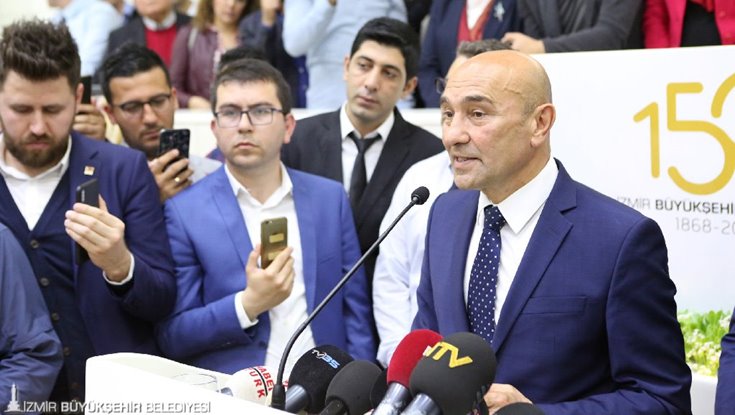 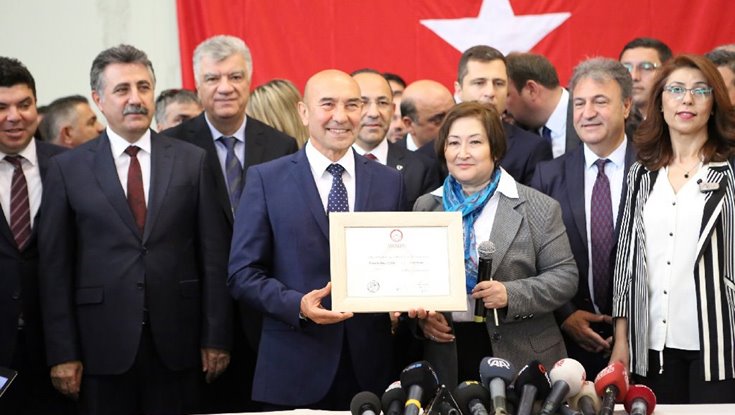 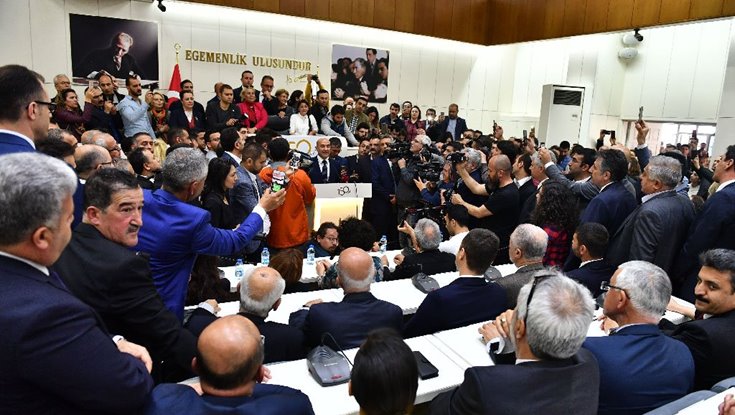 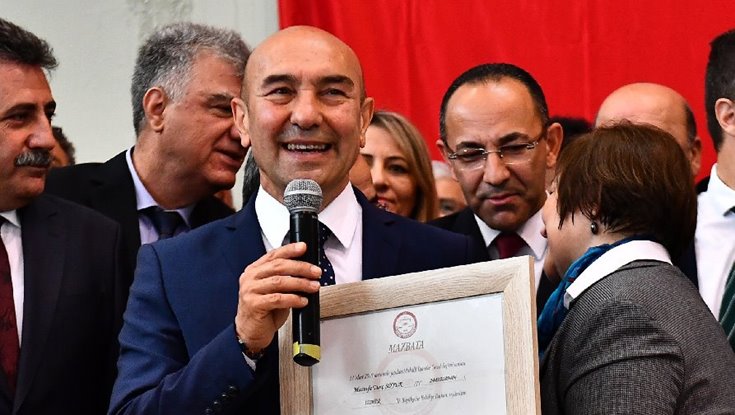 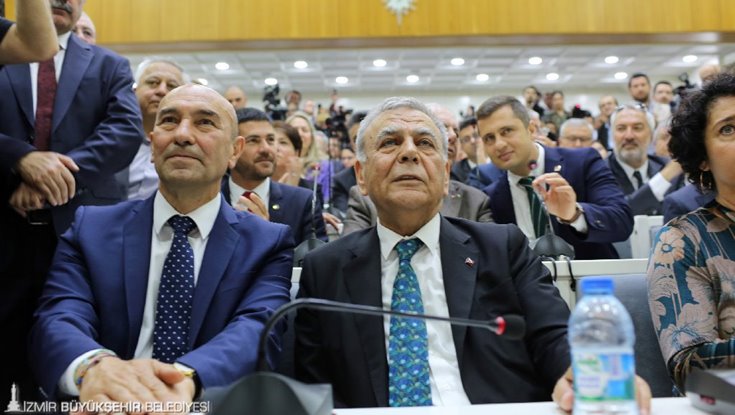 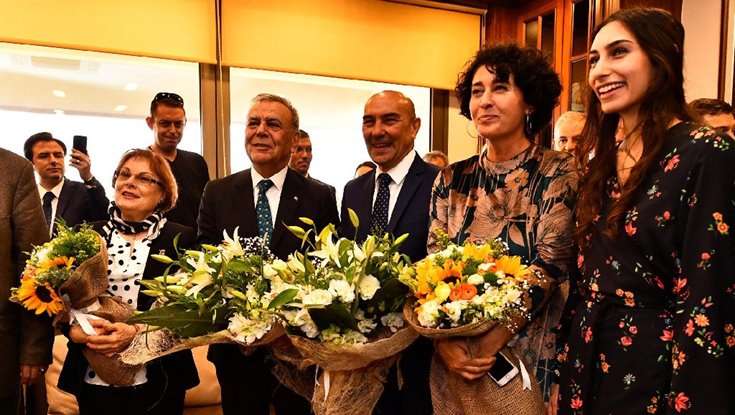 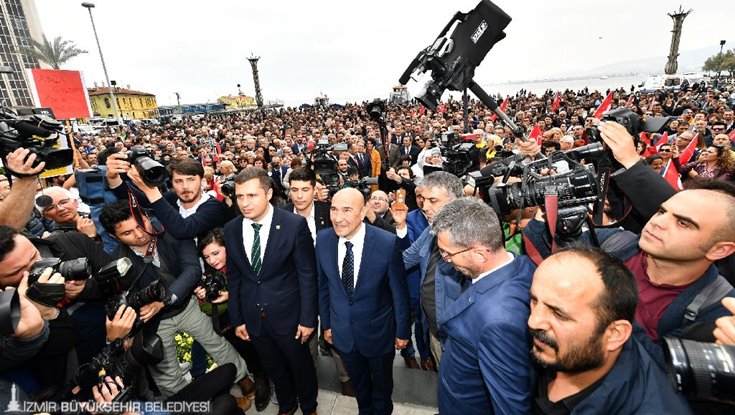 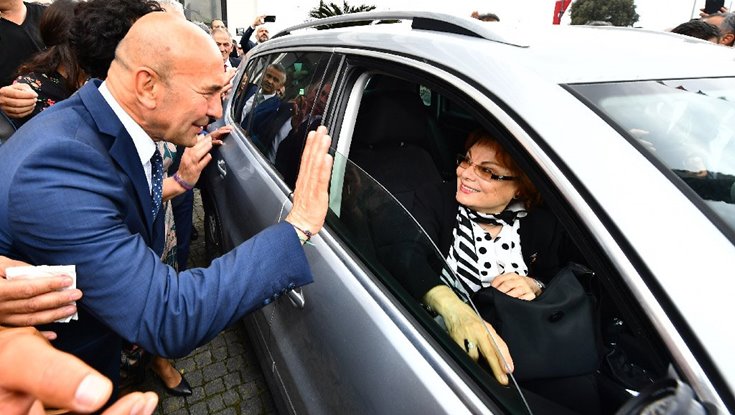 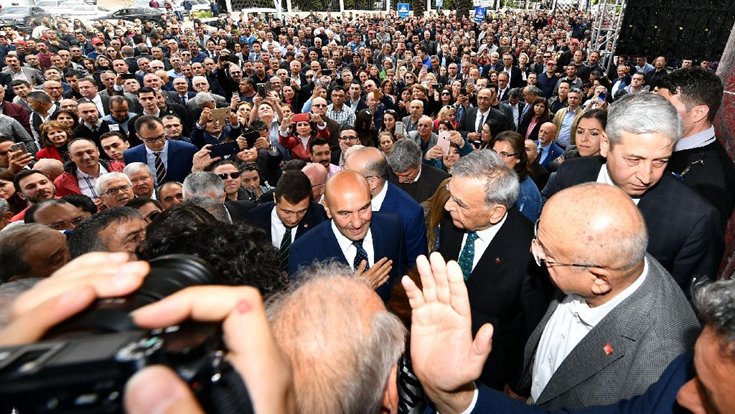 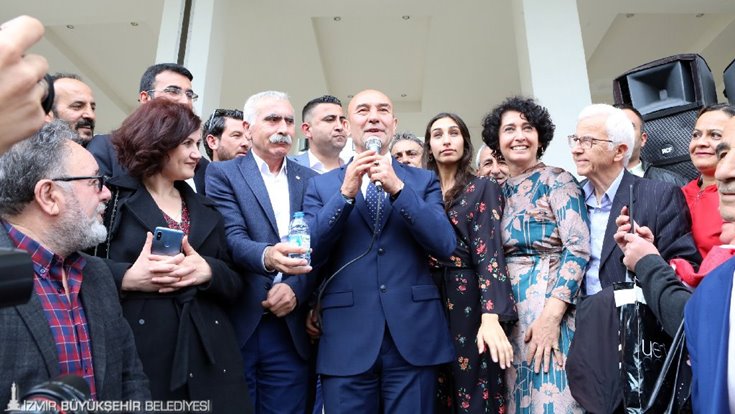 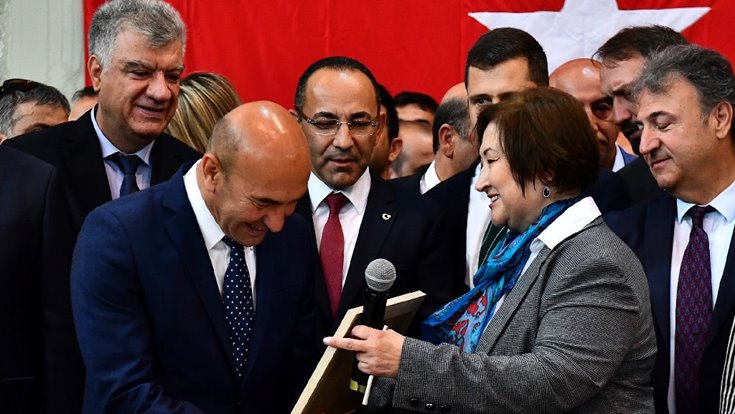 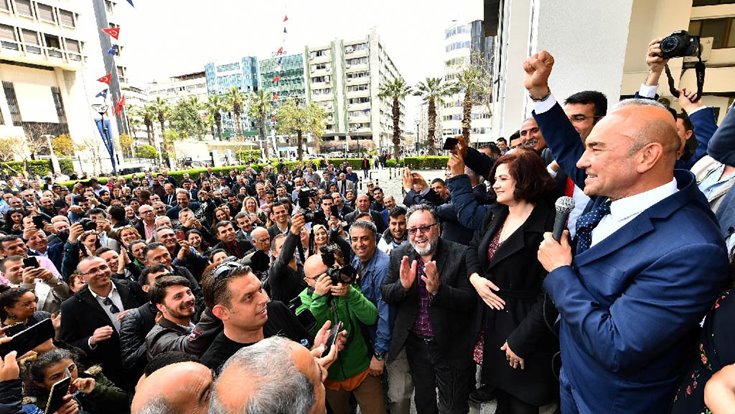 The Mayor Tunç Soyer expressed his gratitude for becoming the elect mayor of a 8500-year old city with a history dating back to 6500 B.C. and continued: “I am the 35th Mayor of Izmir. This is truly a great honor. Today is the birthday of late Ahmet Piriştina, one of the legendary mayors of Izmir. I am taking over this office today but I know that this is a turn of duty. I will work relentlessly and passionately to honor everyone who has and has not voted for me and to protect, improve this city”.

First, the new Mayor of Izmir joined his predecessor Aziz Kocaoğlu in the Mayor’s Office. The Mayoresses Mrs. Neptün Soyer and Türkegül Kocaoğlu as well as Deniz Yücel, Izmir Provincial President of CHP political party were present at this meeting. “I feel very lucky. I will be taking over this office from our dignified Mayor who successfully acted as the Mayor of Izmir for 15 years. Izmir will never forget the Mayor Aziz and his efforts. I want to assure him. I will never lower the bar he had set and we will work selflessly to raise this bar” said the Mayor Tunç Soyer during this meeting.

The county mayors, council members and municipal bureaucrats elected in the March 31 Elections attended to the handover ceremony.
Mr. Aziz Kocaoğlu transferred his office to his successor Tunç Soyer and started his speech by congratulating all elect mayors and council members and added: “Serving Izmir is the noblest feeling. I experienced this honor for 15 years. I hope our Mayor Tunç will experience this joy for many years with success”.

Izmir Metropolitan Mayor Tunç Soyer gave a speech at the Hall and said: “I will truly work for protecting but also improving this city. One of our two top priorities is to improve welfare of this city. This is possible through production. Our second goal is to assure that welfare is distributed fairly. We will work relentlessly to achieve these two goals. Izmir will be an exemplary city of Turkey that is watched more closely, envied and followed. With this hope and belief, we will pick up where the Mayor Aziz left. We will work selflessly, relentlessly and passionately to be worthy of this trust, not to dishonor anyone in Izmir and to assure that everyone living in Izmir might be very proud of this city”.

After the handover ceremony, Deniz Yücel, Izmir Provincial President of CHP political party, and Hüsmen Kırkpınar, Izmir Provincial President of İYİ political party and Tunç Soyer, the elect Mayor of Izmir Metropolitan Municipality, laid a wreath to the Atatürk Statue in the Cumhuriyet Square and “Here, before all of you, I promise to our grandfathers and grandmothers who died for us to win a battle against imperialism during the War of Independence. I will never leave their path. Turkey will never deviate from democracy. Izmir will be a pioneering city in this path. As the Millet İttifakı (People’s Alliance), we gave an influential lesson democracy from Izmir to Turkey. We created an organic alliance, not a harmonic one; we walked hand in hand and arm in arm in all streets and we will continue to grow through alliances. Turkey started to change in 1st of April. Turkey has witnessed that this change starts locally. Together, we will become a prosperous and modern civilization. We will see beautiful days, children, sunny days. We will sail in the blue waters” said the new Mayor.
All News
Previous News
Next News