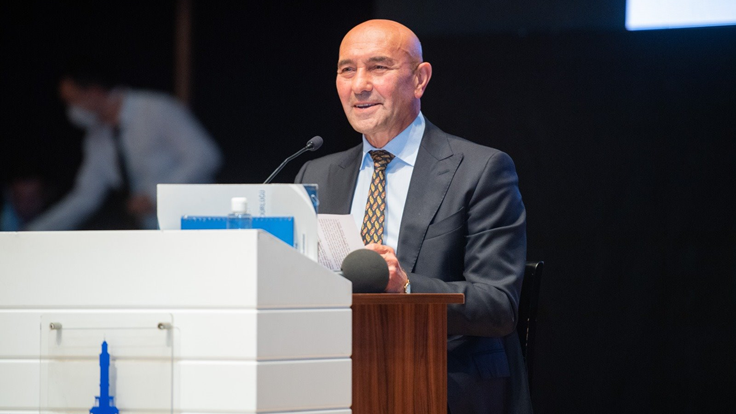 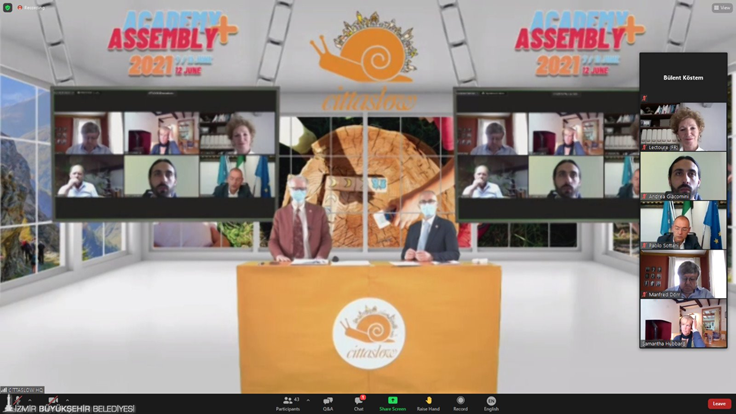 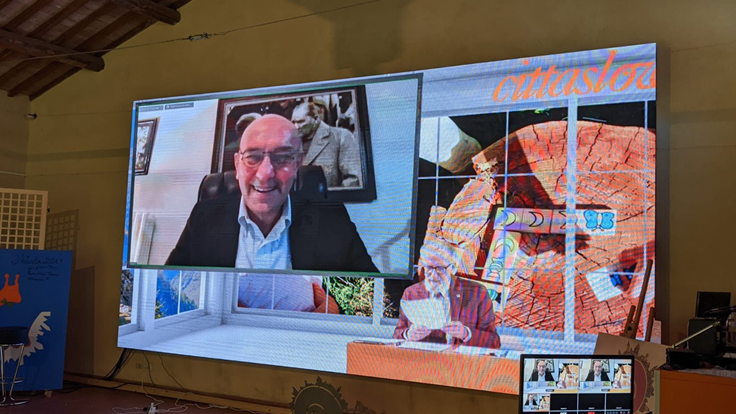 Tunç Soyer, the Metropolitan Municipality Mayor of Izmır, put forward the concept of Cittaslow Metropole and carried out studies for Izmır to have this title. Along with expressing his happiness, “Cittaslow Metropole does not only change the physical structure of the city but also it is a journey, which touches upon the society.” he mentioned.

The General Assembly meeting of Cittaslow 2021 was held online with the participation of 276 city mayors from 30 countries today. Mayor Tunç Soyer attended to the General Assembly from the sister city of Ardahan, which he had gone to develop the cooperation between two cities. Saying that outbreak of Covid-19 had changed many things, he spoke as such:
“The outbreak of Covid-19 has clearly shown that our lifestyles and cities have to change from now on. During the curfew and quarantine period, many people, while sitting at home, started to ask more and more why we don’t have more green areas, when we became so addicted to cars, why we don’t have more space to walk in our streets.  The outbreak of Covid-19 caused us to give more importance to the studies of Cittaslow Metropole, which had been started last year. With 60 stakeholders from Izmir and our international study group, we searched for an answer to the question of how we can provide a better life in metropolitan cities.  During this one-year-period, as the pilot Cittaslow Metropole, we will carry out the projects, which will be developed with our stakeholders and the participation of the society. We are very excited with the fact that this new sustainable city model started in Izmir will be applied to other cities from different parts of the world in the following years. I believe that the philosophy of Cittaslow, which prioritizes self-sufficiency, productivity and human relations, will be the focus of the change in the cities.”

During the Izmır Metropolitan Municipality Council’s stated meeting of June, Mayor Soner stated “We had been working for metropole cities to have also this title and constituting the concerning criteria. Izmır is the first to have the title of Cittaslow Metropole in the world. This is our shared success, Izmır’s shared success. Along with Paris, Brussels and Barcelona, a lot of metropole cities from USA had wanted this title. The fact that Izmir has taken the lead will be both prestige and a litmus paper that will guide our work as the Metropolitan Municipality.”

Six main themes
Cittaslow Metropole model has a total of six main themes as “Society”, “City resilience”, “Food for Everyone”, “Good Governance”, “Liveliness” and “Cittaslow Neighbourhoods” . Various criteria have been determined under these themes. Within these criteria, the projects will be developed and applied during this one-year-period in Izmir.