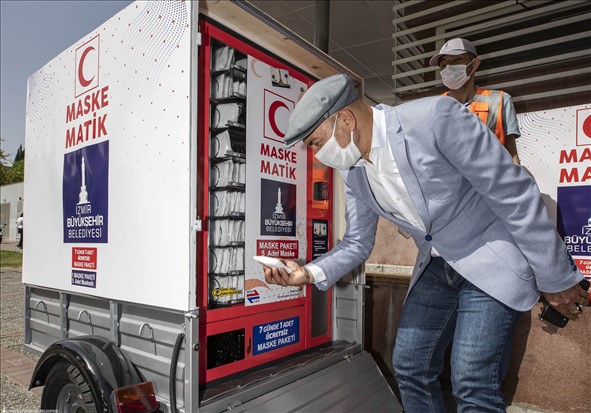 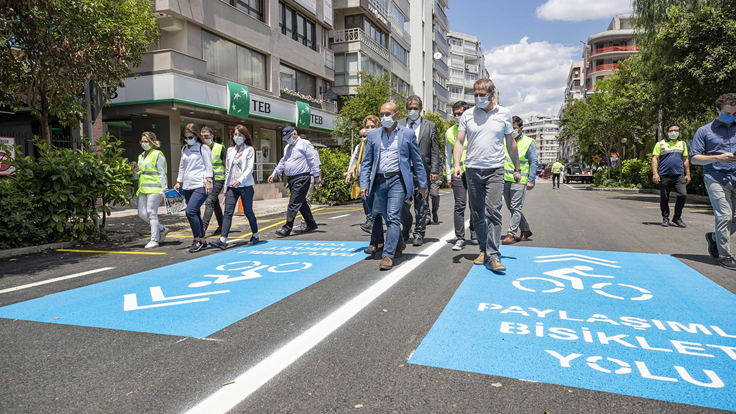 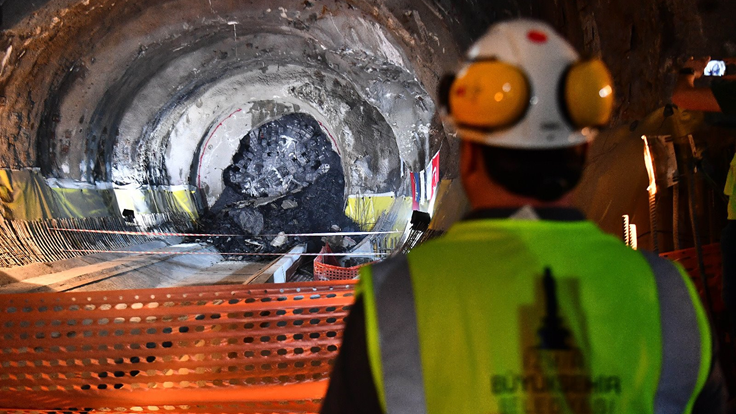 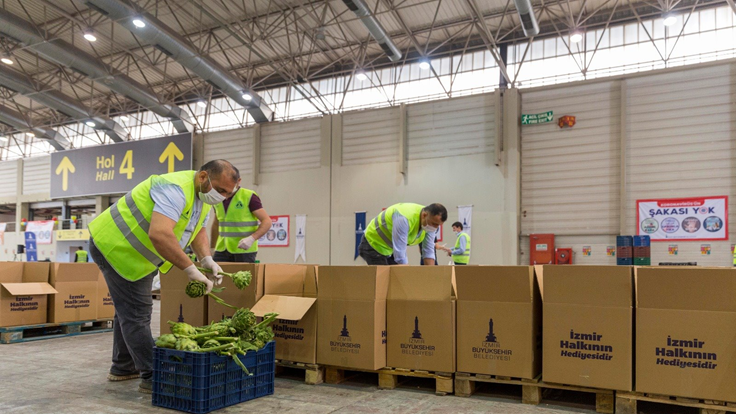 During the battle with the global coronavirus pandemic, Turkey met a new management method with respect to local municipal works.

İzmir Metropolitan Municipality stood out with its “crisis local administration” practices during the new era where planning and priorities have shifted significantly. Despite the heavy financial burden brought by the times, İzmir Metropolitan Municipality made investments of TRY 1.1 billion from the beginning of the year and did not disrupt its services to the city and the citizens.

The results of İzmir Metropolitan Municipality initiating measures before the first case was officially announced and during its spread have been reflected in economic tables.
Preventive measures throughout the city and social support provided to over tens of thousand people have cause unforeseen increases in expenditures of the municipality. During the last three months, TRY150 million was spent on all activities and material purchases aimed at the pandemic. Nevertheless, services and investments continued without hindrance and investment expenditures made from the start of the year reached 1 billion 100 million Liras. Local government of İzmir has suffered significantly in budget income.

Falling number of commuters, inability to read water-meters and postponement of rents and advertisement-announcement taxes caused a decrease in income. Transport and water income fell by 85% and 55%, respectively. Loss of income reached 200 million liras.

All needs are met from masks to social assistance
During the coronavirus pandemic, İzmir Metropolitan Municipality brought a solution to the failure to supply citizens with masks, with its “Maskmatics”. A total of 4.5 million masks, 2.24 million of which were produced by Profession Factory were delivered to people. A total of 270 thousand materials including warning stickers, posters and information visuals were produced and distributed to workplaces and social areas used heavily by people.

To heal the economic wounds caused by the pandemic, 40,000 families were given 400 liras each. Together with the donations, food packages were distributed to 155 thousand 252 families. Fast breaking tables for 422 thousand 150 persons, of which 262 thousand 552 provided by People’s Grocer and 5,000 “Resistance Packages” containing 82 thousand 500 hot soup, fruits and vegetables were delivered to those in need. 3.8 million Litres of milk were distributed to 153 thousand 760  children aged between 1 and 5. Purchases to support producers continued with vetch, artichoke and peas. Stray animals were not forgotten, especially in curfew days and 51 tons of animal food were distributed.
TRY 120 million were spent in all aid activities aiming social cohesion. Apart from masks, disinfectants and other protective measures, social assistance and other expenditures aimed at the pandemic made by Metropolitan Municipality and its affiliates reached TRY 150 million.

Income flow stopped but services did not
Despite all these extraordinary circumstances, İzmir Metropolitan Municipality continued the services it has planned for the city without obstruction. İZSU and ESHOT continued investments spending TRY 1.1 billion from the start of the year and mostly during the pandemic.
•             Although the circumstances slowed down works, 58% of Narlıdere Metro was completed. €75 million worth credits were secured for the project.
•             Works for İzmir Opera House continued under the measures taken.
•             68 buses were purchased and preparations for tender of 304 more buses – 134 articulated and 170 solo – were completed.
•             One of the two ferryboats purchased was added to the fleet.
•             Tender preparations for Çiğli Tram and train set purchase works for the tram line continued. Canalization, potable water line and river cleaning works by İZSU continued without slowing down with priority on areas with heavy traffic during normal period.
•             Using curfews, Metropolitan Municipality accelerated its road and infrastructure works. During March – June period, 273 thousand tons of hot asphalt was laid, and 144 thousand 854 tons of asphalt patching was done. 227 bin m² interlocking pavement stones were laid. Works to extend Bike transport network was sped up to relieve traffic.


All News
Previous News
Next News