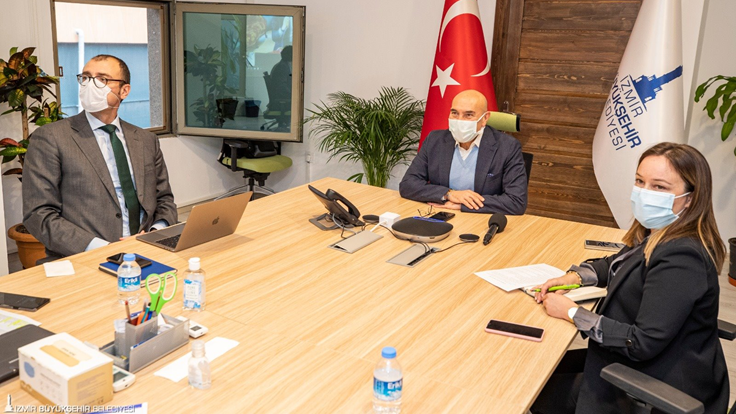 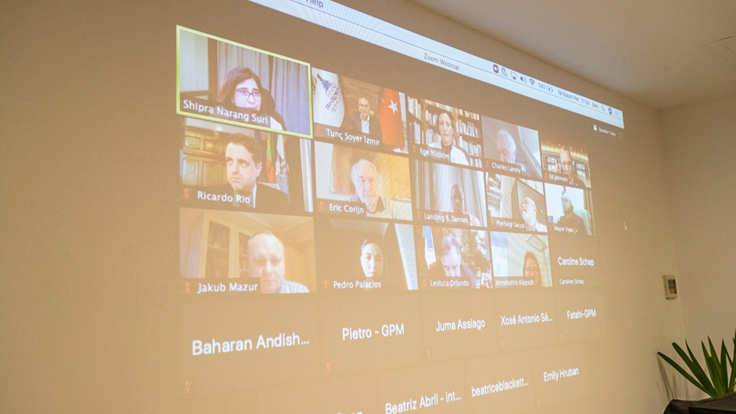 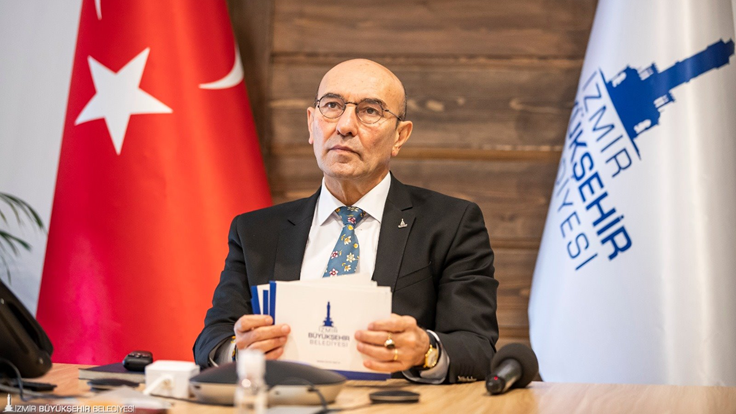 Izmir Mayor Tunç Soyer participated to the panel organized by Global Parliament of Mayors under the title " Rethinking the City: How Mayors respond to the needs of a post-COVID City?" as a speaker.

Mayor Soyer who narrated activities Izmir Metropolitan Municipality carried out during pandemic period said “During this challenging process, we, urban administrations, assumed significant parts with an effort beyond our authorities and sources from healthcare to social policies, from culture and art to education, from agriculture to tourism at approximately any sector and field in order to mitigate effects of such painful period”.

Mr. Soyer who told that as Izmir Metropolitan Municipality their basic target is to make re-visible in history Izmir which produced major works of art at various fields of art with its 8 thousand 500 year past said “One of the most important strategic targets of Izmir Metropolitan Municipality is culture & art. We endeavor to create a medium suitable for accumulation of people who make a living with their creative efforts, intellectual capital in Izmir. We resolved to create a fund under the name Kültür Sanat Destek Fonu (Culture & Art Support Fund) for the field of culture & art which incurred great loss from the pandemic. The fact that in 2021 we will host the United Cities and Local Governments Culture Summit, one of the most important cultural summits in the world, is a result of our vision. Beside adding cultural richness to our city, we will introduce Izmir to the world further thanks to this summit which will bring together in Izmir over 500 culture & art executives from all over the world. I sincerely invite also you to this summit”.

Mr. Soyer who emphasized that culture is soul of a city and society “For a sustainable, crisis resistant city that realizes its economic and ecological transformation; we need to avail of our historical accumulation, protect our cultural values but at the same time we need to strengthen intra city and inter- city ties in world order that is digitalized and crosses borders. Just as we are together in this meeting, I believe that culture is starting point for Izmir to develop dialogue, solidarity and collaboration with world cities.”