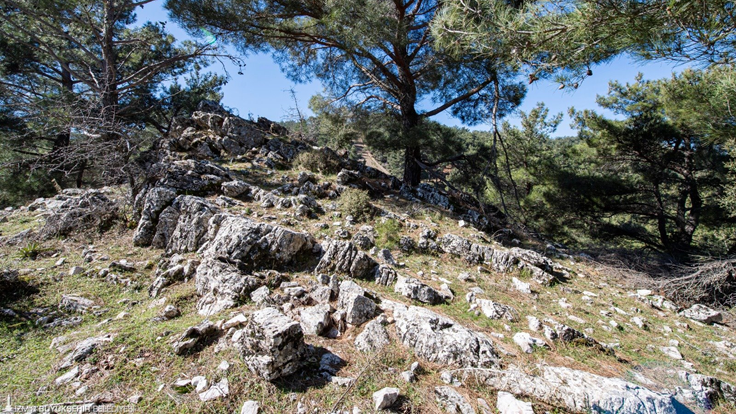 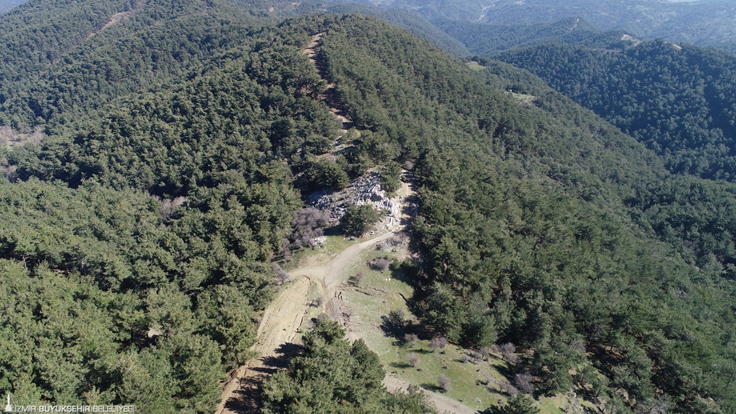 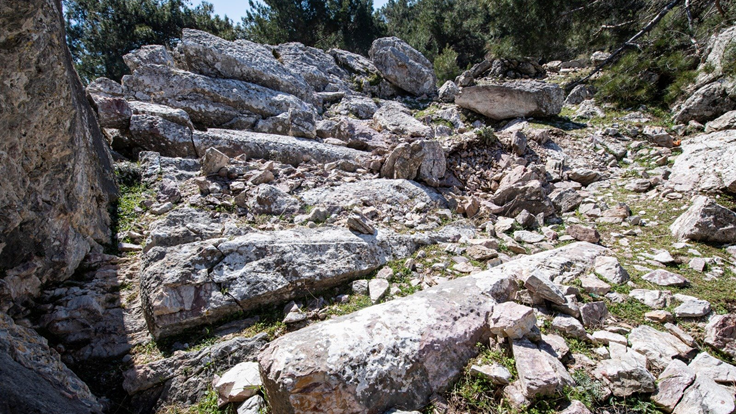 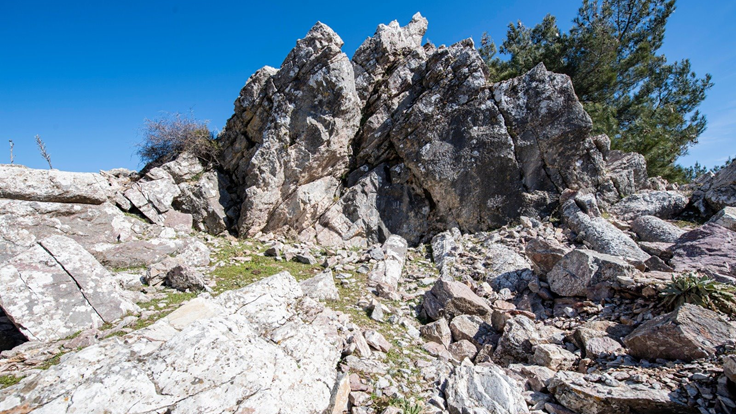 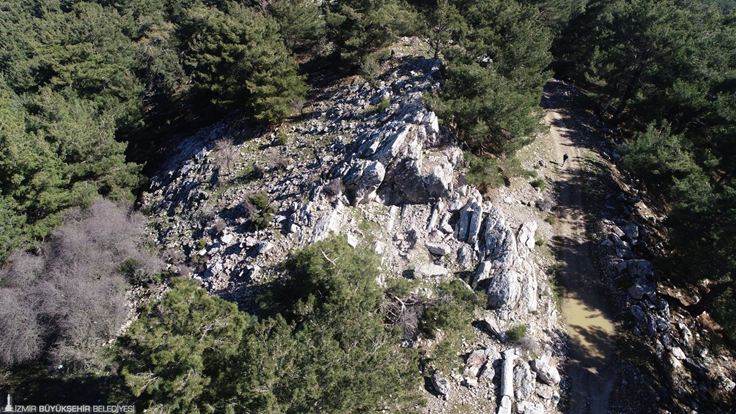 A stone quarry used in the Hellenistic and Roman periods was found during the four-year surface research in the Aegean province of Izmir in Turkey. Block stones and columns were transported from the ancient quarry named Tırazlı-Kesikkaya to Smyrna, according to Assoc. Dr. Akın Ersoy, the head of the excavation at the ancient city of Smyrna. The roughly processed stone blocks were launched by sleds using stream beds and transported by sea to the Ancient Smyrna Port, said Assoc. Dr. Ersoy.

Stating that it is very difficult and costly to extract stone material from the quarry and transport it to the construction site, Assoc. Dr. Ersoy said, "In ancient times stone blocks that were delivered to the port were stored in a suitable area and then carried to the construction site by oxen. For example, these blocks would be delivered to Smyrna Agora and after their neat work was done, they would be used in the designated place for the building construction.”
The stone quarries were important for the monumental buildings of antiquity, according to him.  “The ceramics, blocks, and columns show that especially in the Roman Period, this quarry was used more actively to meet the needs of the magnificent monumental structures increased in number in parallel to the enrichment of Smyrna”, he added.

Underlining that a single quarry could not meet the stone needs of the buildings in a large city,
Assoc. Dr. Ersoy said, "Definitely there were other quarries however, it is understood that many limestone columns found in the Smyrna Agora came from this quarry."
In ancient times some important criteria would be taken into consideration in the location of the cities, he said and explained: “For example, analyses were made about where and how the clay, sand and timber needs for the construction of the city would be met. The locations of the marble and stone quarries required for the construction of the city's walls, monumental structures such as theater, temple, and agora were determined. City planners, architects, and stonemasons used to determine the needs and supply points of the city one by one.”
Stating that there were various reinforcement areas around the city center such as mills, farms, villages, quarries, water resources, and castles in ancient times, he said, “Rural areas of a city with these reinforcement yards are defined as the historical geography of that city. And these reinforcement yards constitute the historical heritage and culture accumulation of the ancient city. Unfortunately, these yards which are part of the historical heritage of cities, are under threat today and need to be protected.”

The four-year research was carried out by Izmir Katip Celebi University with the permission of the Ministry of Culture and Tourism and the support of the Izmir Metropolitan Municipality.
On the other hand, the excavations in Izmir are continued. Stating that İzmir is expected to get a “new Ephesus” once an ancient Smyrna Theater currently being excavated by Izmir Katip Celebi University, The Mayor of Izmir Metropolitan Municipality Tunç Soyer said: “The city’s goal is to celebrate the 100th anniversary of the Republic of Turkey in 2023 with a concert to be held in the ancient theater.”
All News
Previous News
Next News