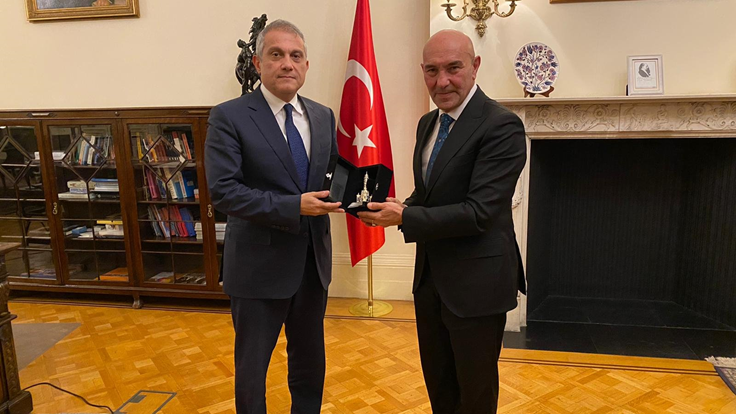 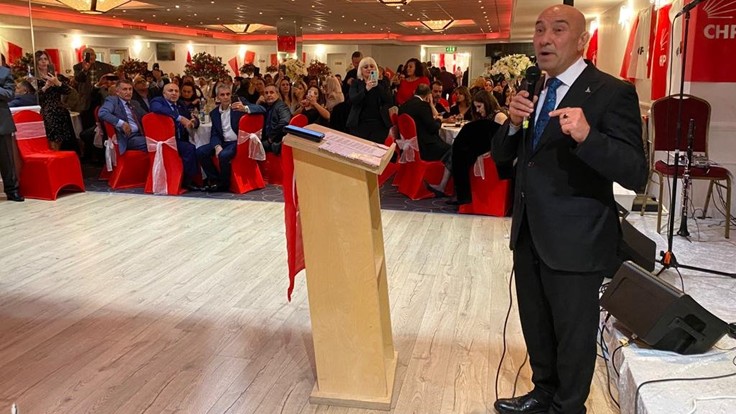 Izmir Metropolitan Mayor Tunç Soyer attended to the Republic Ball held in London by CHP British Association in the United Kingdom where he went as a speaker to the 26th UN Climate Change Conference of Parties (COP26) held in Glasgow city of Scotland.

In his speech at the ball, Mayor Soyer said, "I invite each and every one of you to be shoulder to shoulder with Izmir and build our common future together. We are on the brink of change."
Mayor Tunç Soyer, speaking at a ball attended by great participation and enthusiasm, started his speech by saying, "I am delighted to celebrate the 98th anniversary of our Republic with you in London today. I brought you all the best of Izmir." Mayor Soyer, emphasizing the values of the republic and the importance of democracy, said, "Democracy does not consist of going to the polls every five years and voting. Democracy is the system that provides the peace of living together anytime, anywhere. It is about guaranteeing the public's peace of mind with fresh conscience. Ones who will achieve this are the women, the youth, the children, all the citizens of this country, the citizens who are here to grieve for the future of this country, are us. Not anyone else."

"Our future is common"
Mr. Soyer, saying that many people living outside Turkey feel the same enthusiasm for a better Turkey, added, "I am well aware of how your heart beats for our country. The geographies we live may be different now, but our roots are common. Moreover, in an increasingly globalized world, our future and our destiny are common. We are more connected to each other than we can imagine. Therefore, I attach great importance on our solidarity and friendship. I invite each and every one of you to be shoulder to shoulder with Izmir and build our common future together. I see the will and the hope here to realize the goals we have set for our Republic. In this meeting, I see the people who will turn change into a democratic revolution and believe in them wholeheartedly."