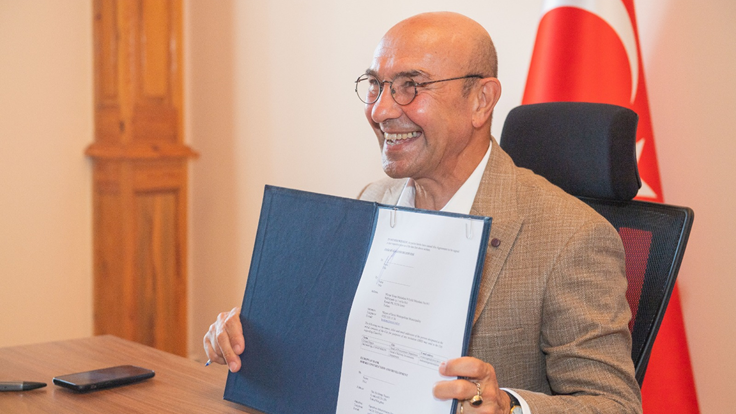 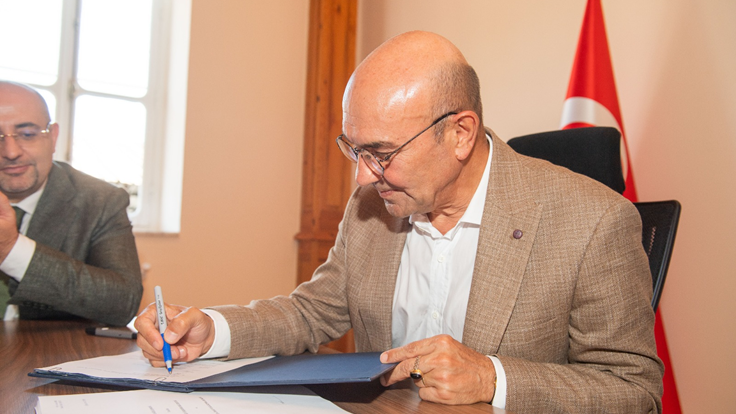 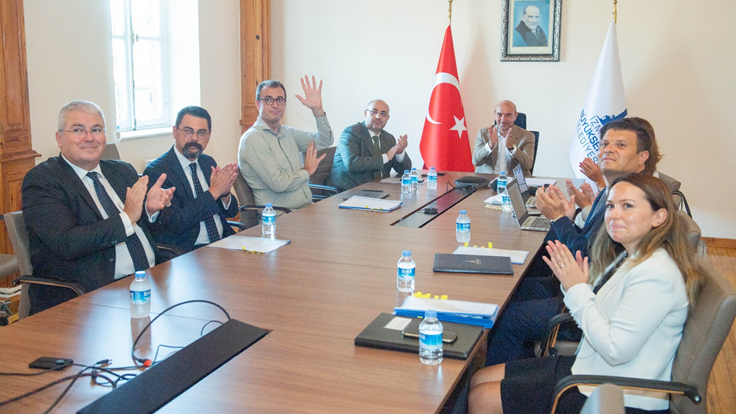 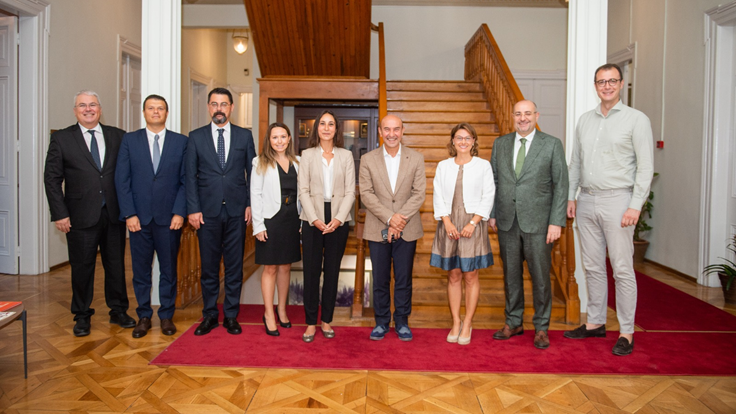 The first loan contract for the Buca Metro, which will be built by the İzmir Metropolitan Municipality with its own resources, was signed with the European Bank for Reconstruction and Development (EBRD).

İzmir Metropolitan Municipality, which provides external financing from the European Bank for Reconstruction and Development (EBRD) within the scope of maritime transportation, railway wagon purchase, and Narlıdere Metro line, thus added another one to this cooperation.

Tunç Soyer, Mayor of İzmir Metropolitan Municipality, and Sue Barrett, Infrastructure Sector Director of EBRD, concurrently signed the contract for external financing in the amount of €125 million with a 6-month Euribor at a 3.20% interest rate, with a total maturity of 12 years, 4 years of which is without guarantee and without repayment of principal.

Solution to traffic problem
Stating that Üçyol-Buca Metro line, which will be the largest investment in the history of İzmir, will solve the traffic problem of Buca, the most crowded district of the city, by providing modern, fast, environmentally friendly, and safe transportation, Soyer said, “This investment will attract more investors to İzmir and create new employment areas when it is completed. The international tender, which will be participated by 13 companies, will be held on 27 August 2021 in the construction of Üçyol-Buca Metro with a budget of €1 billion 70 million. We will start the first excavation by the end of the year in the project. Comfortable and environmentally friendly transportation is the right of all of our beloved İzmir. It is a great honour for me to sign the external financing contract of this historical project that will have a positive effect on the lives of millions of our citizens.”

Congratulations to Mayor Soyer and his commitment to cooperation
Speaking at the signing ceremony, Arvid Tuerkner, EBRD Turkey General Manager said, “This project is of great importance for us because it has the highest amount of financing we give to a municipality in our operation countries as well as for İzmir. I am pleased to see the ongoing determination of the city of İzmir to provide more sustainability for 4.4 million people and improve the urban environment. We congratulate Tunç Soyer, the Mayor of İzmir Metropolitan Municipality, for his green leadership and undertake to continue to cooperate in order to improve lives as EBRD.”

Funding amount increased from €80 million to €125 million
İzmir Metropolitan Mayor Soyer signed an authorisation letter with the European Bank for Reconstruction and Development (EBRD) in December 2019 in the amount of €80 million to provide external financing for the Üçyol-Buca Metro line. Mayor Soyer raised this funding to €125 million, following negotiations with the EBRD. İzmir Metropolitan Municipality signed an authorisation contract with the French Development Agency (AFD) and the Asian Infrastructure Investment Bank (AIIB) for €125 million with a total of €250 million, as part of the Üçyol-Buca Metro Line, last May.  An authorisation contract with the Black Sea Trade and Development Bank (BSTDB) is also planned to be signed in the coming days.

The last phase will be held on 27 August
The last phase of the tender process for the Buca Metro, which will create great relief in urban public transportation, will be completed on August 27. 13 invited companies will submit their financial proposals in the second phase of the 13.5-km line construction tender. The most economically advantageous offer will be determined at the end of the evaluation and construction works will start immediately after the contract to be signed with the contractor.