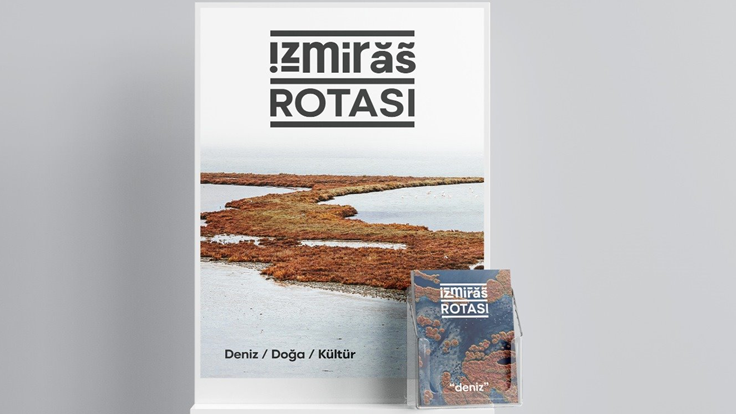 Izmir Tourism Promotion Strategy and Action Plan, prepared by Izmir Foundation in partnership with Izmir Metropolitan Municipality and Izmir Development Agency, has been published. The strategy, which aims to preserve the city’s cultural and natural heritage, bring it into sustainable tourism and increase Izmir’s tourism potential, draws an innovative and comprehensive road map for zmir tourism.

The tourism strategy and action plan was prepared within the framework of a city vision partnership, taking into account the expectations and suggestions from regular meetings with tourism stakeholders, representatives of relevant public and private institutions and experts.
The strategy aims to develop tourism focused on summer season and coastal destinations in Izmir more on the coast, and to spread it to twelve months and thirty districts. The strategy is based on the idea of “conveying many concepts, ideas and approaches that shape world civilizations from Izmir to the world” and determines the main axis of Izmir tourism as history, culture and archeology tourism, which will enable the city to differentiate itself positively from the Mediterranean basin and other cities in the world. Gastronomy, sea, nature and rural tourism, coastal tourism, faith, event, congress and fair tourism are other tourism types that stand out in the strategy.

Regarding the new tourism strategy of Izmir, Izmir Metropolitan Municipality Mayor Tunç Soyer said, “We shaped all our basic decisions regarding tourism together with the Izmir Tourism Coordination Board, which includes tourism stakeholders. We have included all the attraction centers of Izmir in our tourism road map. We have prepared a comprehensive plan for tourists to come to Izmir throughout the year by carrying all the activities of our city in the tourism fields beyond the general framework that only squeezes them into summer months.“
President Soyer said, “Tourism is one of the sectors that suffered the most from the pandemic. We hope that the next year will be a year in which the wounds will be healed and we are entering this new process, which we think will increase the tourism dynamism after the pandemic, with the new tourism strategy of Izmir, with all preparations completed. Our goal is to reach 4 million local and foreign tourists in 2024, equal to the population of Izmir. I wholeheartedly believe that our Izmir Tourism Strategy will make significant contributions to our goals of making Izmir a world city and increasing its prosperity."

In the process of digitalization of agriculture, the values of Izmir were taken under scrutiny one by one and processed into a digital database. The Encyclopaedia will be made available to users in the first quarter of 2021 with the Visit Izmir mobile application, which is the promotional face of Izmir.

Izmir Metropolitan Municipality, Izmir Foundation and its Design Research Office aim to introduce Izmir to the world and make it a center of attraction with a holistic approach that covers three different target groups: Tourists, investors, social entrepreneurs and culture and arts producers. Branding process of Izmir will be launched this year.