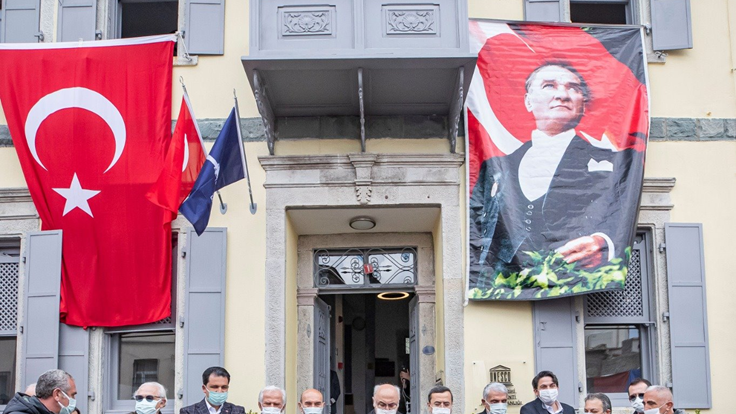 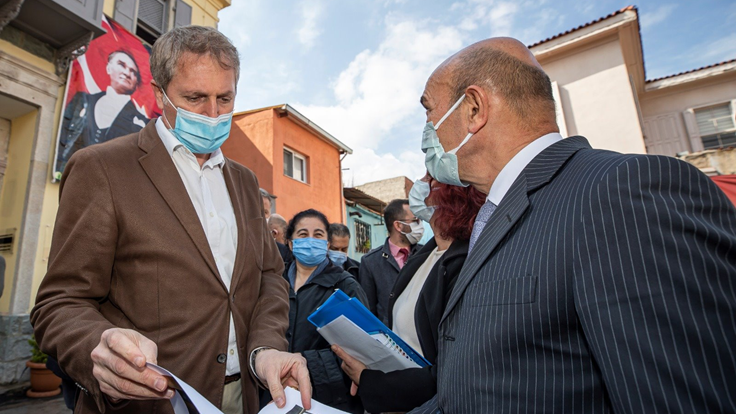 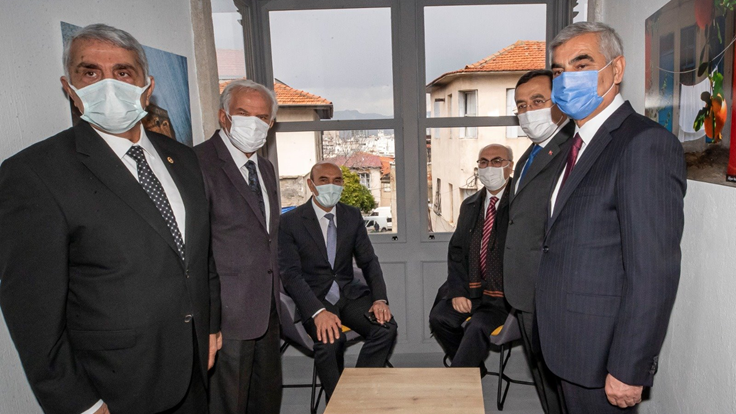 Another step has been taken towards putting the Historical Port City of Izmir into the permanent list, which is in UNESCO World Heritage Tentative List. ‘UNESCO History and Port City of Izmir Communication and Coordination Office of Izmir Metropolitan Municipality, which was restored in Basmane region, has been launched with a ceremony.

Governor of Izmir Yavuz Selim Köşger, Metropolitan Mayor of Izmir Tunç Soyer, Konak's Mayor Abdul Batur, Provincial Culture Tourism Manager Murat Karaçanta, TARKEM General Manager Sergenç Ineler, TARKEM Board Deputy Chairman Muzaffer Tunçağ, TARKEM Board Member Necip Kalkan, President of Kemeralti Trades Association Semih Girgin, UNESCO Izmir Historical Area President Abdulaziz Ediz and CHP Konak District President Çağrı Gruşçu also attended to the opening ceremony. Governor Köşger and President Soyer received information about the work to be carried out in the office that has been launched.
Governor of Izmir Yavuz Selim Köşger stated, "Izmir is a city which lives on very rich historical resources. It is one of the leading provinces in Turkey with its history and current economic dynamism. In 2023, we will create the file and work to make it a UNESCO World Heritage Site permanently. We will transform this place into a wealth for Izmir and Turkey with the support of Izmir Governorship, Provincial Directorate of Culture and Tourism, Izmir Metropolitan Municipality, Konak Municipality, IZKA."

Metropolitan Mayor of Izmir Tunç Soyer said, "It is the oldest, the largest outdoor shopping mall in the world. When we put this place on the Permanent World Heritage List, Izmir's recognition and brand strength will be much greater all over the world. I am very proud to work with our stakeholders. We are also very excited that we will be showing the world that Izmir has such an important heritage. It's a great start. And I hope we will finish it in 2023."
After the ceremony, Governor of Izmir Yavuz Selim Köşger and Metropolitan Mayor of Izmir Tunç Soyer examined the historical buildings in the region.

A team of 10 experts from the Directorate of Culture and Tourism, Izmir Governorship, Izmir Metropolitan Municipality, Konak Municipality and Izmir Development Agency will carry out the work. In the first stage, a "site management plan" will be prepared at the UNESCO office.
All News
Previous News
Next News