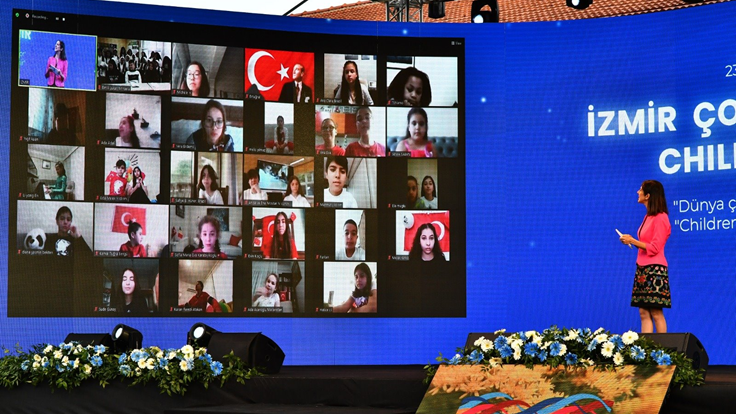 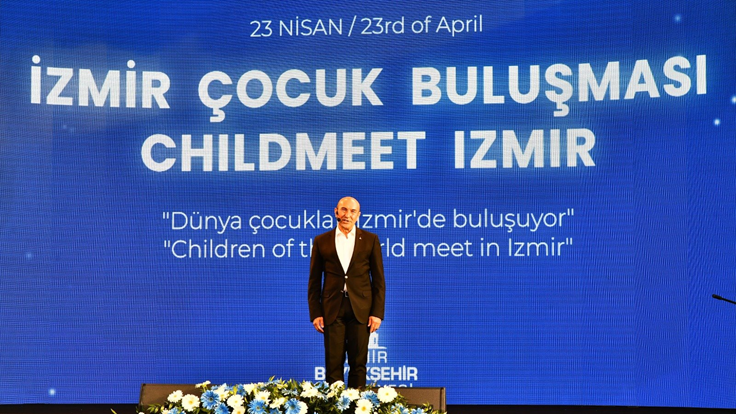 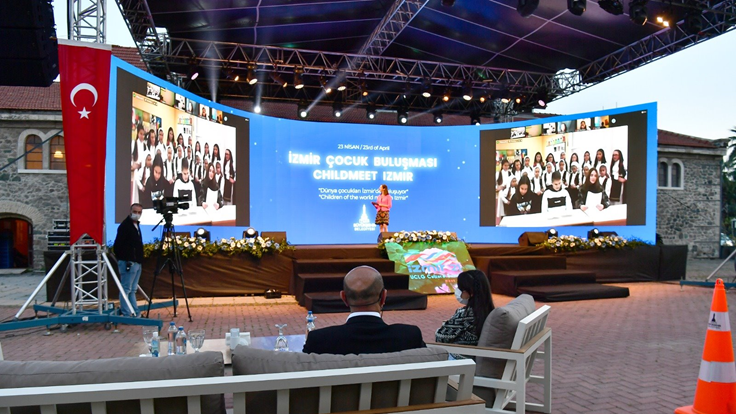 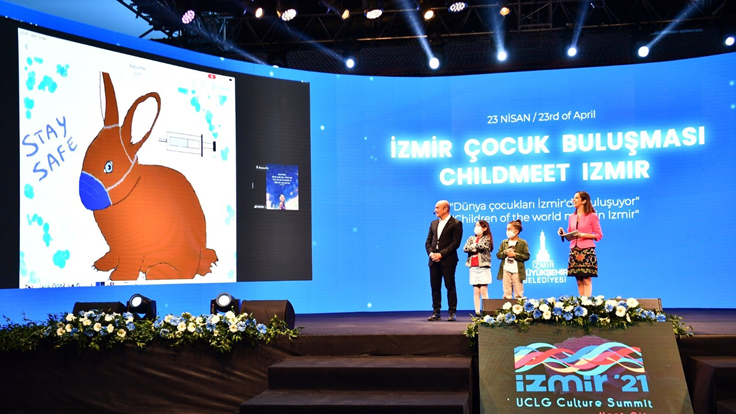 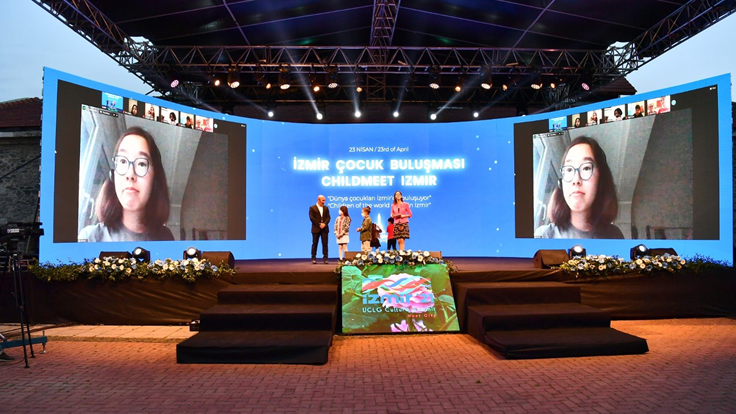 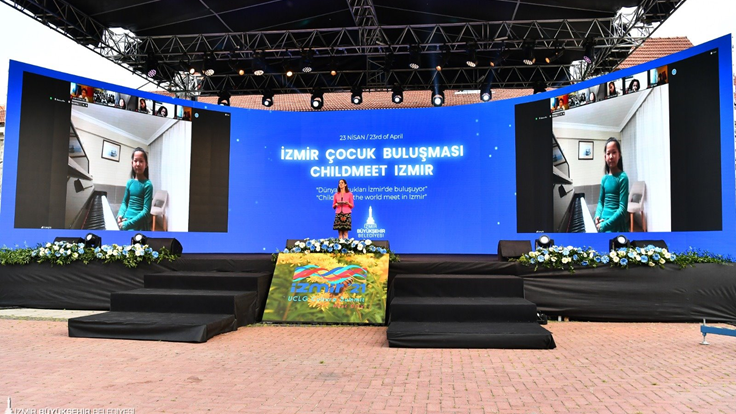 Children from Turkey, abroad and Izmir’s sister cities around the world gathered at the Izmir Children’s Meeting through giant screens installed in the Historical Gas Factory Youth Campus at this online event.

Video recordings coming from the cities including the mayors of Bremen, Volgograd and Nicosia were accompanied by music recitals, performances, poems and images that include messages for 23rd of April prepared by children from different cities around the world.
In his opening speech Izmir Metropolitan Mayor Tunç Soyer said that “Today is the 101st anniversary of the founding of the Grand National Assembly of Turkey. Today is also the 101st anniversary that Ghazi Mustafa Kemal Ataturk, who said that ‘Sovereignty rests unconditionally with the nation’ presented this special day to the children. Due to the pandemic, we cannot celebrate 23rd of April effusively. I welcome all of our children from all over the world to Izmir.”

Children who attended to this meeting from all over the world, from Russia to the Turkish Republic of Northern Cyprus, Brazil to Hungary, Bosnia and Herzegovina to China, Slovenia to the Republic of South Africa, read poetry, sang, played instruments and shared their 23rd of April messages with children around the world. Eva and Anna, who joined from Croatia with Michele Dickes from France, shared their feelings on 23rd of April with Mayor Soyer. Mayor Soyer was accompanied by 8-year-old Mina Kahyaoglu and Omer Altuğ Durmaz from Izmir Metropolitan Municipality Children and Youth Centre, 3-year-old Sena Örnek and 4-year-old Yigitcan Kazan from Fairy Tale House.

Sister city emphasis
Andreas Bovenschulte, mayor of Izmir's sister city of Bremen, firstly celebrated the The April 23 National Sovereignty and Children's Day and he said in his video message that “Most of the time, we adults make decisions without listening to the voice of children. This important day reminds us that we should listen more what children are saying. Bremen and Izmir have been sister cities for over 25 years. Our relationship is shaped by such enriching activities. If we want our partnership to be sustainable and to contribute to peace and democracy, we need children and younger generations.”

Mehmet Harmanci, Mayor of Nicosia which is sister city of Izmir in the Turkish Republic of Northern Cyprus, said April 23 is the only day Ataturk had gifted to children, while Vaida Stankeviciene, the Acting Ambassador of Lithuanian Embassy, sent all his best wishes that the children of all countries would be friends with each other.

Chynybaeva Aizhan, Deputy Mayor for Social Services, who attended the meeting from Bishkek, Kyrgyzstan said that “We hope that there will be better days when every child is protected, has a better future and grows up under better conditions”. Vitaly Likhachev, mayor of the İzmir’s sister city of Volgograd in Russia, said, “Children are our national treasure and the future of all humankind. 2021 is the 101st anniversary of the friendship and co-operation agreement signed between Volgograd and Izmir. Despite the pandemic, we are successfully cooperating in the fields of education, culture and public diplomacy.” The children of the city of Volgograd sent messages of their congratulations for April 23.

In the recording from Izmir's sister city of Surabaya in Indonesia, children said that they want the improvement of education all over the world and equality of opportunity in global level.
Children from Tel Aviv Yafo, Israel, attended to the event with their music performances.
In a video message from Chengdu, Izmir's other sister city in China, the children sent their best wishes and invited their Izmir peers to their cities.

Children from Batumi, Georgia, sent a video of theirs performing their local dances, while children in the sister city of Hamyang-Gun in South Korea coloured the event with a musical performance with the traditional Chinese musical instrument Guzheng (Chinese Zither).
All News
Previous News
Next News