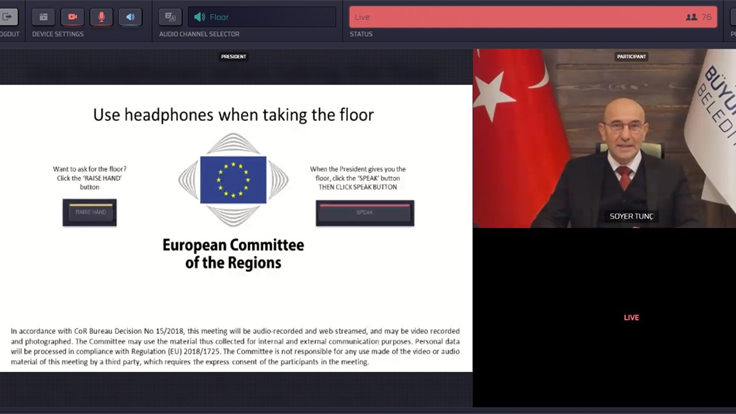 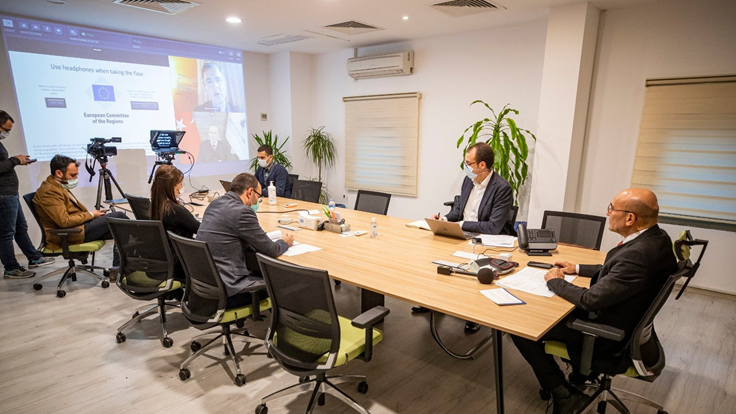 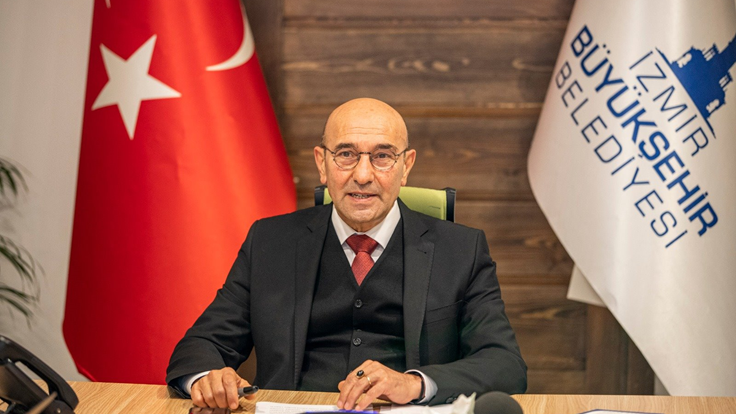 Tunc Soyer, Mayor of Izmir Metropolitan Municipality, talked at the online meeting of Turkey Working Group of European Regions Committee, which he is also a member of, about Izmir’s experience of struggling against the crisis. Upon invitation of European Regions Committee, he participated as a spokesman in Turkey Working Group’s 24th session on fighting Covid-19 and Mayor Tunc Soyer mentioned the importance of being a resilient city in crisis stating that Izmir has faced one of the biggest forest fires in its history, an earthquake, a tsunami triggered by the earthquake and two pandemic waves in the last eighteen months.

Mayor Soyer said, “According to my experiences, being a resilient city has two miracle secrets. The first one is unity and solidarity. The second one is to consider the right to life as the top priority”. “Crises such as global warming, reduction of biodiversity, Covid-19 affect all of us, but mostly the vulnerable and poor are affected, regardless of whether we are a member of the EU or not. Therefore, we need to act together and right now”, he added.
“We changed over to crisis municipalism”

He emphasized that the pandemic threat requires resources that exceed the municipality’s capacity, so they decided to change municipal operation and the operation in the implementation of its services. Mayor Tunc Soyer said, “We changed over to crisis municipalism. In crisis municipalism, firstly we determined new processes for municipal operations and services. Secondly, we established a new decision-making, executive and advisory bodies in the city. Thirdly, we strengthened solidarity”.

"Turkey and the EU partnership should provide a more effective contribution to the resilience of our cities. But together, we can make Europe and our cities resilient to future crises”, Mayor Soyer said and called for cooperation. He emphasized that innovative institutional renewal, policy development and increasing the solidarity and the role of cities in the implementation of the developed policies are essential for effective cooperation.

Underlining that they are trying to achieve sustainable development goals while focusing on overcoming the economic impact of COVID-19, Mayor Soyer stated that local governments' participation in the EU Instrument for Pre-Accession Assistance (IPA) will be effective in achieving green economic recovery goals.
He reminded that Izmir will host the 2021 World Cultural Summit and said, "We see culture as an opportunity to increase cross-border interaction between our countries through the World Culture Summit. We also would like to discuss new and more enjoyable ways of cooperation for our sustainable, inclusive future in the European Union”.