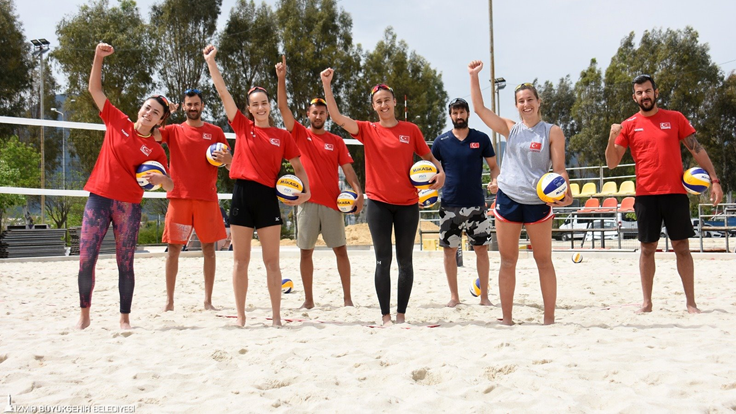 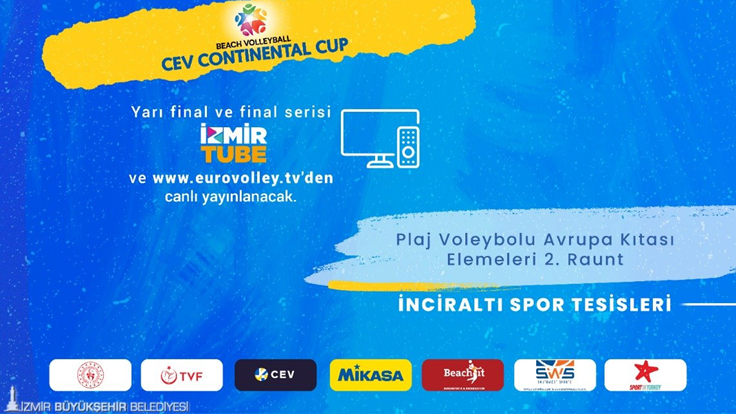 The CEV Continental Cup, where the countries that will participate in the Tokyo Olympics in beach volleyball will be determined, will be held at İnciraltı Sports Facilities between May 6-9, hosted by the İzmir Metropolitan Municipality.

CEV Continental Cup, which is the second round of European Continental Qualification for Tokyo Olympics will be organized by the İzmir Metropolitan Municipality between 23 July and 8 August.
In addition to Turkey; Serbia, Slovenia, Poland, Greece, Finland, Czech Republic and Belarus will compete in women and Slovenia, Lithuania, Italy, Hungary, Latvia, Estonia and England will compete in men. Countries that complete their groups in the top five in the CEV Continental Cup, where a total of 64 athletes will compete, will earn the ticket for the finals. The finals will be held in the Netherlands in June.

Hakan Orhunbilge, Head of İzmir Metropolitan Municipality Youth and Sports Department, emphasized that İzmir has a coastline of 652 kilometers and that it is located in a very suitable location for water and beach sports and added: “We crown the process that starts with the Balkan and European Beach Volleyball Championship with the Continental Cup. We organize international events unseen in the history of Izmir, including the İzmir Marathon. We are happy to host elite beach volleyball players from across Europe. If we can bring the European Beach Games to İzmir, we will have taken another very important step."

Live broadcasts from İzmirTube and CEV
Head of Turkey Volleyball Federation Beach and Snow Volleyball Oğuz Dermenci stated that 16 teams from 14 different countries will compete and added: “The championship will start on May 6 with the women's series.  The men will play their first games on Friday, May 7. The semi-finals and finals will be broadcast live on both IİzmirTube and CEV's Youtube channel, and will contribute greatly to the worldwide promotion of İzmir."
All News
Previous News