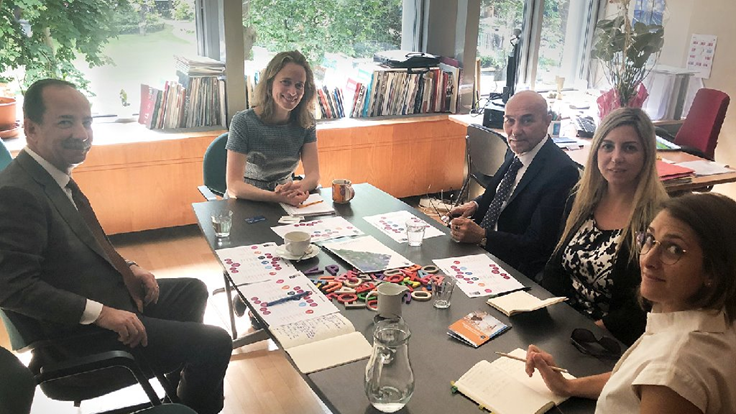 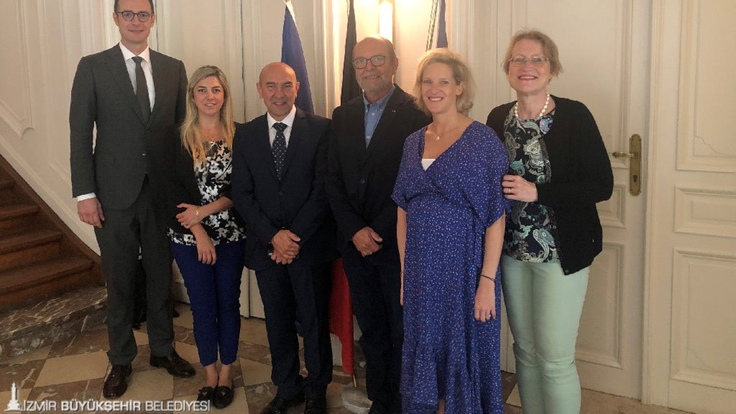 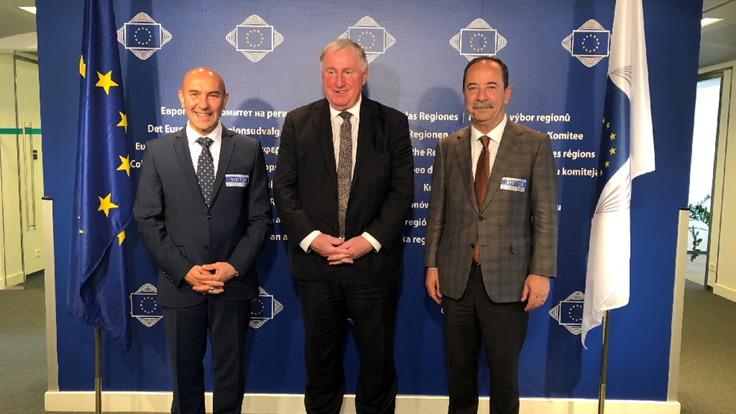 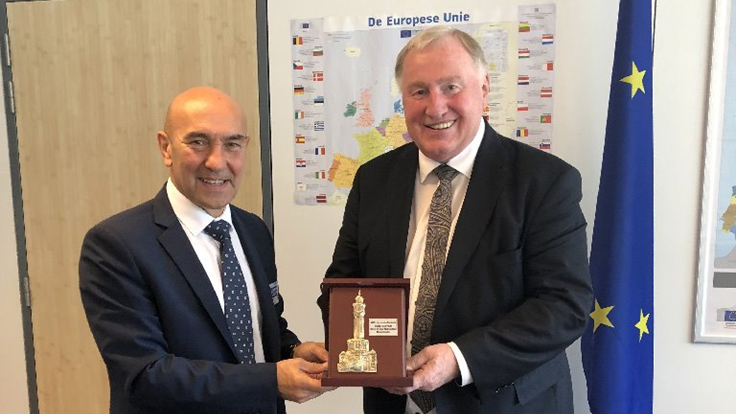 Izmir Metropolitan Mayor Tunç Soyer attended to the 22nd Meeting of Working with Turkey Group organized in Brussels by the European Committee of the Regions. Mr. Soyer, who met with high level officers of the European Union in Brussels, is also the President of SODEM (Social Democratic Municipalities Society). Mr. Soyer’s suggestions and reviews on youth unemployment attracted great attention.

During his European Union contacts in Brussels, the Mayor Tunç Soyer visited the Assembly of European Regions (AER), which has Izmir Metropolitan Municipality as one of its members, and EUROCITIES centers. In these meetings, the delegates agreed on ways of cooperating with Izmir on an international level and on EU level. It is agreed that AER and Izmir will co-work for the European Youth Capital and European Culture Capital applications. EUROCITIES agreed to work with us on “digital citizenship” and creative sectors.
Izmir Metropolitan Mayor Tunç Soyer met with Alain Hutchinson, the EU Commissioner of Brussels Ministry of Foreign Affairs, and discussed Izmir Representation Office to be opened in Brussels. Mr. Hutchinson, who is also a member of the Committee of the Regions, and Mr. Soyer agreed on working together on 3 topics. Accordingly, Mr. Hutchinson, the former member of “European Culture Capital Evaluation Board” stated that he is going to support Izmir’s journey of becoming the European Culture Capital”. Mr. Hutchinson and the Mayor Soyer agreed on working together for alliance of the Mediterranean Municipalities, an initiative led by Izmir, and opening an Izmir Representation Office in Brussels.

The Mayor Tunç Soyer had a meeting with Karl-Heinz Lambetz, the President of the Committee of Regions, an organization considered as the assembly and key body of the European Mayors, and they agreed on cooperating to increase the EU financing and funds to be allocated for the cities. The Mayor Soyer and Lambertz decided on working together for alliance of the Mediterranean Cities.

Local government is the key to solving the global problems
Izmir Metropolitan Mayor Tunç Soyer, as the President of SODEM, joined the Working with Turkey Group organized by the European Committee of the Regions for the fifth time and, in this 22nd meeting, he delivered a speech about solving youth unemployment in global and digital economy through intercity and across borders alliance.
The Mayor Tunç Soyer summarized the factors that might facilitate assuring alliance of the Turkish Cities and the European Union in three categories and continued: “We believe that increased participation of the Local Governments to the Pre-Accession Financial Assistance for Turkey (IPA) will improve the yield of EU funds in the new budget period. Secondly, the statistics reveal the “Cross-Border Cooperation” have negative impact on the extensional states and member states. Unfortunately, the cross border program between Greece and Turkey has never been functional.  The cross border cooperation between Turkey and Bulgaria has limited budget. We believe that these restrictions might be eliminated through taking simple technical actions and better planning. The cross border cooperation program might be an incentive in fighting the youth unemployment.  Thirdly, I want to bring your attention on the “Regional Alliance Program”. These programs offer a framework for practicing multiparty common actions and policy changes between the cross border local actors. Although Turkey is a good choice for cooperation programs in the Mediterranean and Balkan Regions, it cannot be a part of those. Since Turkey cannot join these programs, the cities in the countries of these programs and Turkish cities miss out on a number of cooperation opportunities. We hope that the Turkish stakeholders will join these regional cooperation programs in the new budget period of 2021-2027. These programs might encourage the stakeholders for working on the youth unemployment.”

The Mayor Tunç Soyer suggested The Euro-Mediterranean Regional and Local Assembly (ARLEM) as another tool to be used for cooperating on fighting youth unemployment and added: “Izmir is one of the oldest Mediterranean towns. As Izmir, we want to contribute to ARLEM studies. Through ARLEM, we can support multilevel governance and decentralized cooperation in three coasts of the Mediterranean. Finally, I would like to underline our support for forming a Joint Consultative Committee so that local governments from Turkey and EU might have regular meetings. Such a committee will offer a stronger institutionalized framework that is tailored to the need of improving the cooperation between the Turkish Cities and EU & big cities.”