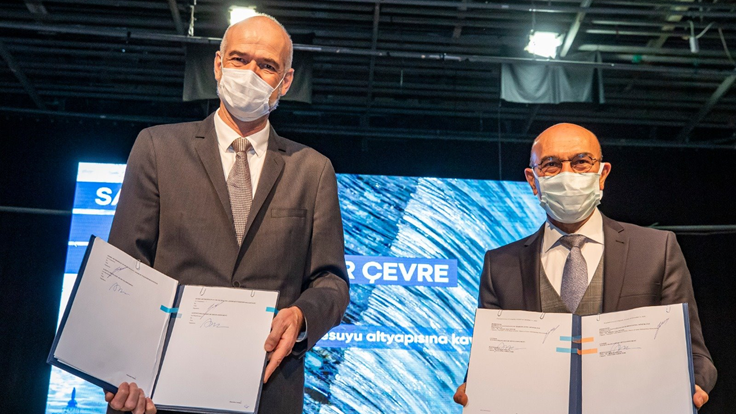 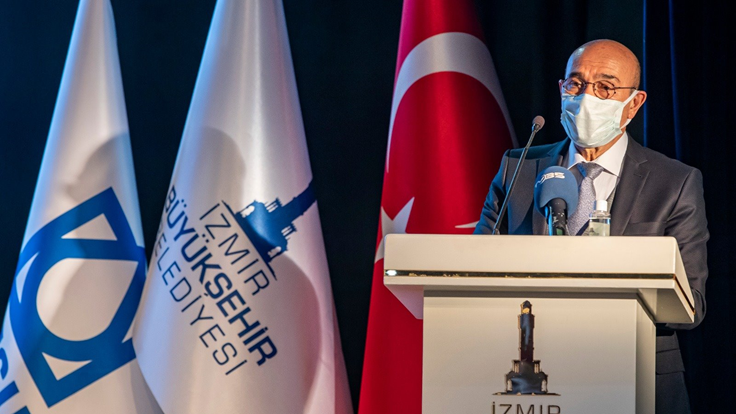 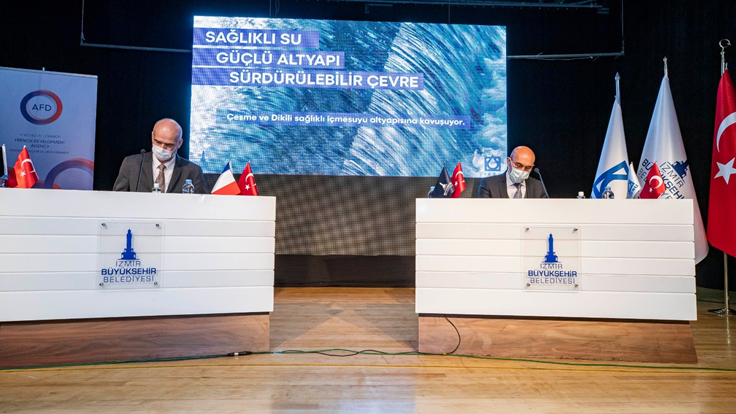 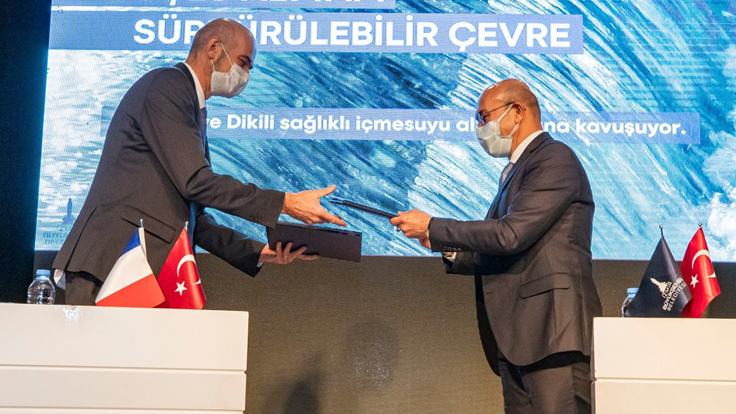 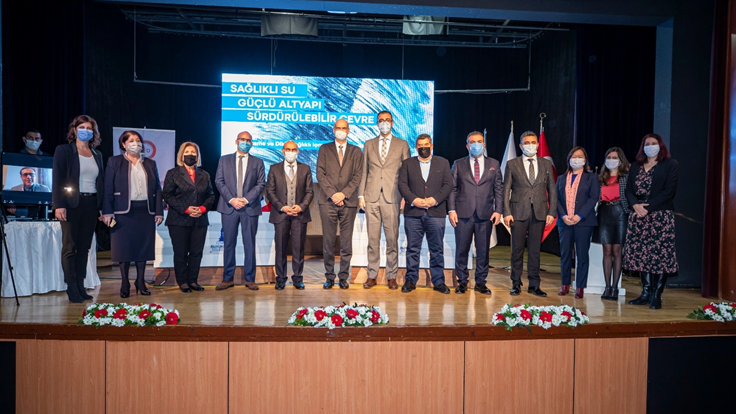 IZSU General Directorate, one of the organizations of Izmir Metropolitan Municipality, signed a loan agreement valuing 49 Million 800 Thousand Euro with the French Development Agency (AFD) within the scope of the search for foreign resources to be used in the actions carried out with the mission of “uninterrupted water, strong infrastructure and healthy environment”.

The second signatures between IZSU General Directorate and the French Development Agency were put for a 500 Thousand Euro grant contract. Thanks to this grant, projects aiming to reduce the energy consumption in waste water facilities by 8 to 10 percent will be implemented.

This loan is the product of international confidence in the city administration
Mayor of Izmir Metropolitan Municipality Tunc Soyer stated that the loan with a total interest rate of 3.2 percent and a total maturity of 13 years and 4 years without the principal repayment, will be used in the drinking water transmission line and city network investments of Cesme and Dikili districts and he said:

“We constitute the most integrated municipal structure with international institutions and we see that this brings significant advantages to our city. In December, the international credit rating agency Fitch Ratings confirmed the long-term national credit rating of Izmir Metropolitan Municipality as AAA, the highest level, once again. While economic problems are deepening in our country and in the world due to the pandemic, we have such a high credit score and the international trust in our management is an indication of our strong budget discipline and investment power. Thanks to our stable work, we benefit from a loan with a much lower interest rate and a long-term payment schedule than banks in our country.

We are making Izmir a resilient city
Mayor of Izmir Metropolitan Municipality Tunc Soyer said, “Within the framework of our determination to make Izmir resistant to disasters, drought is also a risk and we are making infrastructure investments of billions of Turkish Liras in water. We gave our first priority to Cesme, the place with the highest risk of drought”.

We will protect our water resources
He stated that with this resource to be provided, both Cesme and Dikili districts will have a healthy drinking water infrastructure and the rate of loss and leakage will be significantly reduced and Mayor Soyer said: “In this context, our IZSU General Directorate considers the protection of our limited water resources, the creation of alternative water resources, the effective and efficient use of water and raising the awareness of consumers as its most fundamental duty”. Mayor Soyer said he hopes that these works initiated with AFD will continue for Buca Metro, one of the biggest investments of Izmir.

French Consul General in Istanbul, Oliver Gauvin, stated that he was happy to attend this signing ceremony held a few days after the fifth anniversary of the Paris Climate Agreement and said:

“We see that climate policy will have far-reaching effects in the presence of water and vice versa. The need to manage non-income water, conserve valuable water resources, and implement measures for energy efficiency in the water sector is becoming increasingly important by allowing public services to expand and improve services, increase financial performance, make cities more attractive, increase climate resilience and reduce energy consumption. I am happy to share French know-how in this field, to spread the best practices and innovations in the optimization of water and energy management through the intended technical cooperation, as well as the lending”.

AFD Director Serge Snrech remarked in his speech that one of AFD’s strategy in Turkey to promote Turkish municipalities’ sustainable development and continued as follows: “We are currently supporting three transportation projects of the Izmir Metropolitan Municipality and we are looking forward to continuing it. Today, we are opening a new page on water and sanitary installations with this support we provide to IZSU. This loan opportunity aims to provide access to safely managed drinking water in Cesme region and to become partners in the protection of the region’s fresh water resources under stress due to climate change by reducing non-income-generating water. In connection with this project, the Technical Assistance Program will support IZSU in improving operational and financial sustainability. It is based on a pilot project at IZSU’s 3 (three) waste water treatment plants, which allows testing optimization solutions such as reducing electricity consumption through better management to reduce operating costs. This could be a turning point for IZSU in waste water management and could spread to the entire water cycle in İzmir. “

Actions to be taken in Cesme and Dikili
IZSU General Directorate renews all transmission lines and networks that are old and cause leaks in Cesme district in order to eliminate the water shortage experienced especially in summer months in recent years. In the first phase of the historical drinking water investment made in 3 stages, a total of 193 kilometres, and a total of 315 kilometres of network and transmission line renewal works will be carried out in the second phase. In the third stage of the project, where the tender of project will be held, a total of 284 kilometres of renovation work will be done.

With these works, the General Directorate of IZSU will both provide a healthy drinking water infrastructure in Cesme and Dikili districts and protect the water resources of the city thanks to the significant reduction of loss and leakage rates.

Scope of the grant agreement
Within the scope of the second contract signed with the General Directorate of IZSU, the French Development Agency will provide a grant of 500 thousand Euro for the project that aims to reduce the energy consumption in Cigli Wastewater Treatment Plant between 8 and 10 percent. With this project, the facility will be operated more efficiently with less energy consumption. In the first stage, the treatment facility is aimed to save around 150-200 thousand Euro per year. In the next period, it is estimated that the annual savings amount will be increased to 400 thousand Euro by applying the knowledge and technology within the scope of the grant in all treatment facilities.