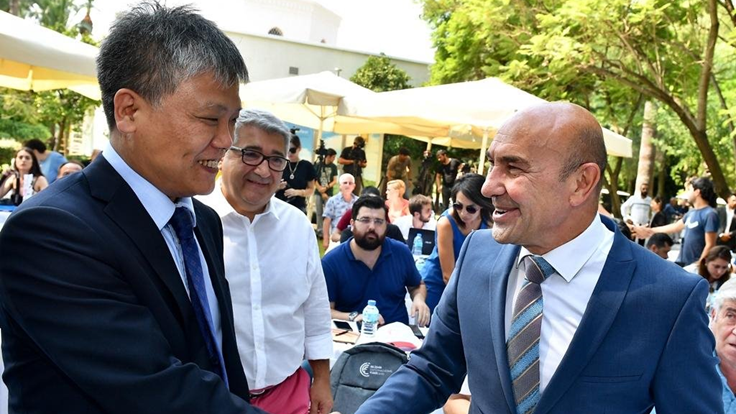 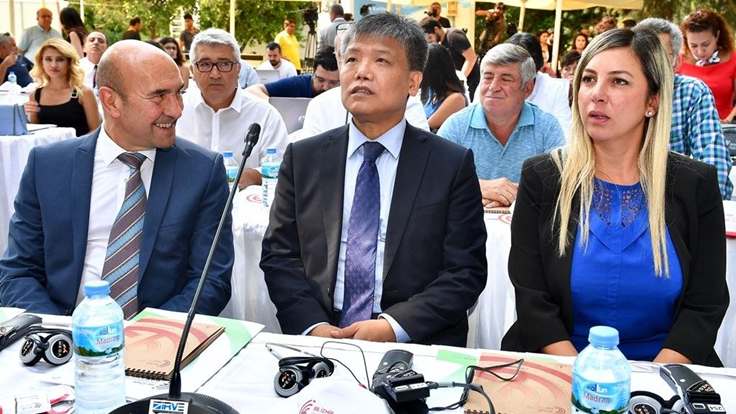 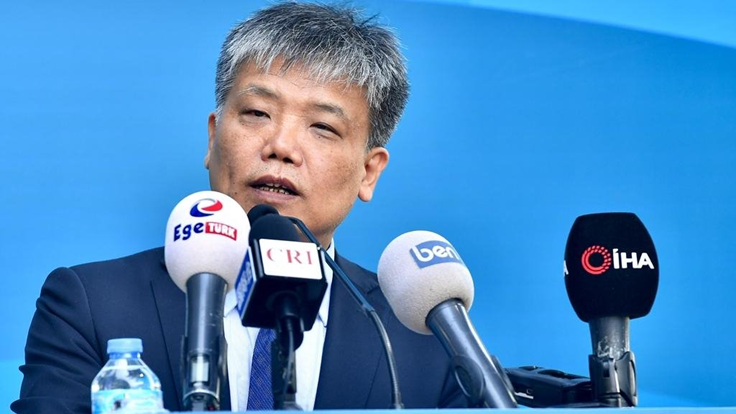 In the 88th İzmir International Fair People’s Republic of China is the “partner”, India is Focus Country and Kahramanmaraş and İstanbul are Guest of Honor provinces.

İzmir Metropolitan Municipality Mayor Tunç Soyer, as well as Chinese International Chamber of Commerce, Fairs and Events General Manager Guo Yinghui and İZFAŞ General Manager Canan Karaosmanoğlu Alıcı participated the press conference of IEF, which will be held between September 6th to 15th. Thanks to IEF, İzmir will be the center of trade, culture, art and entertainment through the events that will continue for 10 days. Companies participating IEF that will carry its mission to be the first and only general trade fair of Turkey with İzmir Business Days that will be held on 5-6 September, will feel the pulse of international investment opportunities with these meetings. A total of 180 delegations from 39 countries particularly People’s Republic of China that is the architect of the Modern Silk Road called “One Belt, One Road” will participate the Fair.
Speaking in the press conference held in İzmir Kültürpark, İzmir Metropolitan Mayor Tunç Soyer remarked that the pulse of Turkey will beat in İzmir between September 6th to 15th. Mayor Soyer,
dubbed the IEF for this year a milestone and added “cooperation basis with China will manifest itself in many industries. 62 Chinese companies will meet partners from İzmir form many different areas, especially in telecommunication, artificial intelligence and smart city. Apart from China, one of the major stakeholders of this fair is the focus country India. Approximately 180 delegations from 39 countries will participate. 21 provinces from Turkey will be our guests. İstanbul and Kahramanmaraş will be guest of honor provinces. İstanbul will be our guest for the first time and will be the new blood among us. We are very excited. We experience the joy of having completed the preparations of the fair, one of most important activities of the institutionalized municipality that is over 150 years old. I wish this will be a very productive time.” Mayor Tunç Soyer thanked innovation sponsor of the Fair, Vestel and activity sponsor Migros.

Three areas
Guo Yinghui listed the prominent features in three areas: “in Country Image products delicately selected based on the vision of prospective cooperation between China and Turkey; China’s future space station model, star cluster model of Beidou satellite positioning system, rail transportation vehicle models, 10 thousand meter unmanned submarine vehicle will be exhibited in four categories. Apart from exhibiting advanced scientific and technological successes of China by integrating country image to promotion, all segments of Turkey will have a better understanding of China. China’s giant companies will take place in Interinstitutional Cooperations. In local cooperations area, companies organized by local governments of Shanghai and Chengdu are invited. Thus cooperation between China and Turkey will be improved centrally and locally in two levels. During the fair Chengdu Metropolitan Municipality and İzmir Metropolitan Municipality will sign a cooperation agreement. In the opening day of the fair, China International Commerce Development Council will organize “China-Turkey Trade and Investment Forum” in İzmir.
İzmir will be locomotive
Questions from media were also taken during the meeting. Answering a question Mayor Soyer said “It’s a start that will turn into cooperation. İzmir will be locomotive in Turkey’s relations with China. We want to retake the role we lost in Piraeus Port 10 years ago. This fair is really a milestone to repair the relations this time.”
All News
Previous News
Next News